Microsoft gets into the chip business

Microsoft gets into the chip business 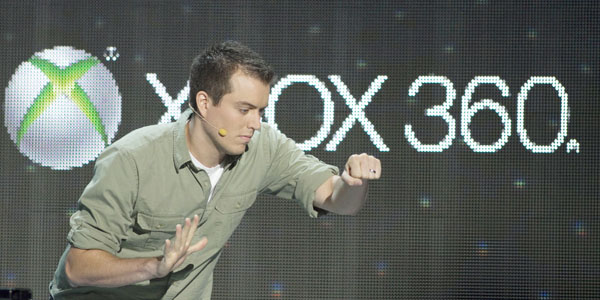 A Microsoft representative demonstrates Xbox Kinect at the Electronic Entertainment Expo in this 2011 photo. [BLOOMBERG]

Microsoft, seeking to fend off competition for its Xbox game console by souping up the Kinect motion sensor, is tapping a new semiconductor developer: itself.

For the first time, the company will build its own processors based on an in-house design. The new chips will make Kinect more accurate and responsive using an imaging technology found in military gear, said Cyrus Bamji, who played a key role in developing the silicon architecture. Previously, Kinect relied on an off-the-shelf chip from Israel’s PrimeSense.

Microsoft joins companies such as Apple that are doing more work on chips internally to add exclusive features and set their devices apart. Microsoft will package the Kinect with the latest version of the Xbox later this year, adding $100 to its price. Gamers who don’t see the value may be tempted to opt for Sony’s $399 PlayStation 4, instead of Xbox One at $499.

“We are seeing a big trend toward more of the hardware makers out there, whether it’s smartphones or whether it’s tablets, starting to bring more of that semiconductor function in-house,” said Jon Erensen, an analyst at market-research firm Gartner. “It allows them to differentiate. Everybody in the market is using the same off-the-shelf processor.”

Kinect is a camera-based device that connects to the Xbox to let users translate body motions and voice commands into game moves - say, in a virtual tennis or car-racing game. The newest version of the sensor will include TV controls.

The Kinect chips, designed by a team mostly based in Microsoft’s Silicon Valley office, use a technology called Time of Flight that will let the sensor track minute changes in a user’s body, like finger movements and facial expressions, a much more precise system than the earlier version. That lets Microsoft eliminate some of the failings of the first Kinect, Bamji said.

Time of Flight works by bouncing photons off a person or object, and has been used by military agencies for tasks like detecting a tank hiding behind tree cover, Bamji said. Texas Instruments Inc. and Infineon Technologies AG are also developing chips using Time of Flight.

When it goes on sale, Xbox One will face tough competition from Sony’s new PlayStation 4, as well as Nintendo’s Wii U. Kinect in the past has largely appealed to kids and casual gamers and hasn’t had much content targeted at serious gamers, said Rob Sanfilippo, an analyst at Kirkland, Washington-based Directions on Microsoft. The new version may still not lure those customers from rivals.

There’s also the challenge and cost of creating a new chip from scratch, which can run into the tens of millions of dollars and take months of testing. One mistake in design or manufacturing slip-up can cause months of delay to a final product. For a company like Microsoft, with less experience in developing chips, there’s a risk that performance may not be as expected, Erensen said.

Microsoft, which announced the shift in May, follows some of the largest consumer-electronics makers in taking over more of its own chip design. Apple’s iPhone and iPad run on processors that the Cupertino, California-based company designs itself and has manufactured by Samsung Electronics. While the chips are based on ARM Holdings technology, Apple customized the layout and makeup of the chip’s components.

Samsung also is using more of its own chips in its mobile phones, and LG Electronics, HTC and Lenovo Group have all talked about it, Erensen said.

Other groups at Microsoft are taking notice, asking the Xbox team about their work, and may even pursue a greater role in customizing their own microprocessors, said Todd Holmdahl, the vice president who has overseen Xbox hardware since development of the first version in 1999.

The world’s largest software maker first moved into making its own computer hardware last year with a line of tablets called Surface. The company could choose to customize existing chips to gain attention and new features for Microsoft-powered smartphones and tablets, which have a tiny share of both those markets, Directions on Microsoft’s Sanfilippo said.

“It’s pretty likely that Microsoft will be getting more into the hardware business,” he said. “So it makes sense for them to invest more right down to the silicon so they can have proprietary features.”