Ex-police chief to show up for NIS hearing

Ex-police chief to show up for NIS hearing 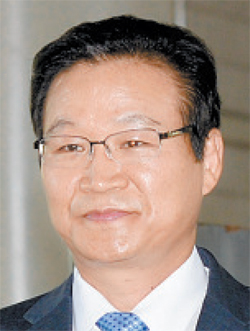 One of the two key witnesses in a parliamentary investigation into allegations the national spy agency meddled in the last presidential election has agreed to come before a hearing today.

Kim Yong-pan, the former commissioner of the Seoul Metropolitan Police Agency, said he will attend a hearing at 10 a.m.

A subpoena was issued Wednesday to force him and Won Sei-hoon, the former chief of the National Intelligence Service, to attend.

Kim and Won both refused to show up at the first hearing on Wednesday, prompting lawmakers on the special investigation committee to cancel the premier hearing.

The former Seoul police chief sent advance notice on Monday that he could not attend because he had another court date on the same day to face charges that he covered up the alleged NIS campaign interference.

The pair’s absence led 18 lawmakers on the special investigation committee to pass a motion Wednesday to issue the subpoenas.

Committee members are expected to grill Kim today over his alleged efforts to cover up the scandal, in particular by holding a press briefing on Dec. 16, three days before the presidential election, in which he cleared the NIS of charges of suspected interference.