Arirang 5 satellite to be launched from Russia

Arirang 5 satellite to be launched from Russia 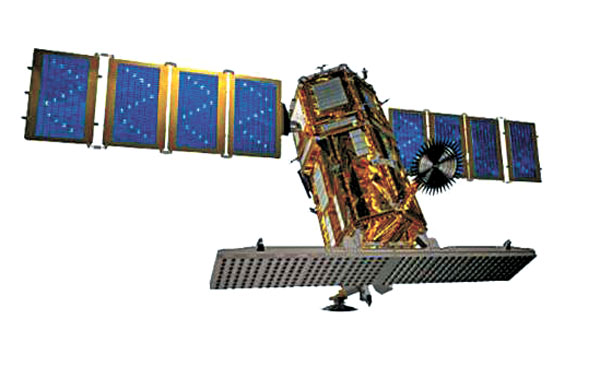 After a two-year delay, Korea’s new multi-purpose science satellite, the Arirang 5, is on schedule to be launched atop a converted intercontinental ballistic missile (ICBM) from a base in southwestern Russia next week.

The Ministry of Science, ICT and Future Planning said yesterday that the 1.4-ton satellite will be launched at 8:39 p.m. local time on Aug. 22 from the Yasny space launch site in the Orenburg Region.

The Arirang 5 will be launched from a Dnepr rocket, a modified ICBM expendable launch vehicle operated by International Space Company Kosmotras. The Dnepr is based on the Soviet Union-designed multiple-warhead R-36M ICBMs, which were converted to carry commercial payloads into orbit following the end of the Cold War.

The Dneprs, like the R-36Ms, are launched from underground silos and use a cold-gas ejection system rather than propelling themselves out of the silo with their engines.

Han Yeong-min, a developer of the Korea Space Launch Vehicle, said, “It is remarkable that such a launching method was designed back in the 1960s.”

The ministry designated Aug. 23 as a backup launch date should weather or atmospheric conditions prove unsuitable on the first day, saying that final inspections and preparations have been going smoothly.

Korea sent the satellite to Yasny a month ago to prepare it for launch.

It is Korea’s 11th satellite to be launched into space and the first to have Synthetic Aperture Radar, a high-precision detection system that enables observation and image generation of the earth’s surface even at night in inclement weather.

In comparison, the Arirang 3, can’t capture such clear images and wasn’t able to pick up images of North Korea preparing for its third nuclear test in February because of cloudy conditions. The Korea Aerospace Research Institute at that time pointed out that the Arirang 5 would have been able to capture proper images.

With the Korea Aerospace Research Institute at the helm, the government embarked on the aerospace project in 2005 and spent 238.1 billion won ($211.9 million) on it.

The Arirang 5 was finished in April 2011 but the launch schedule, initially set for August that year, was postponed due to disagreements over launching-site costs charged by Russia.