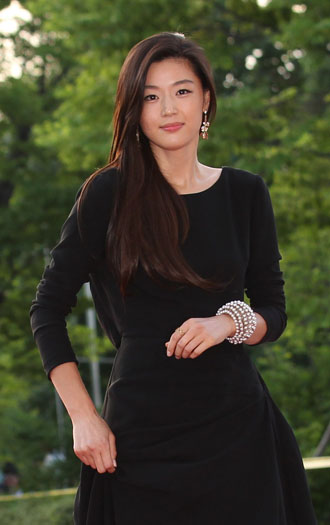 Actress Jun Ji-hyun of the film “The Thieves,” who originally gained popularity with the movie “My Sassy Girl,” will now meet fans through the small screen.

She has confirmed her role in an upcoming SBS drama, tentatively named “A Man from a Star,” according to local media reports.

She hasn’t taken part in a TV drama since “Happy Together” in 1999, so many industry officials are debating whether she can continue her good run on TV.

In the movie industry, her two most recent movies - “Thieves” and “The Berlin File” - were popular with fans in Korea and overseas. The former film garnered almost 13 million viewers last year while the latter attracted almost 7.2 million.

In the upcoming drama, Jun will play an actress who falls in love with an alien that came to Korea 400 years ago. Her counterpart may be actor Kim Soo-hyun, of the film “Thieves,” if he also confirms his role.