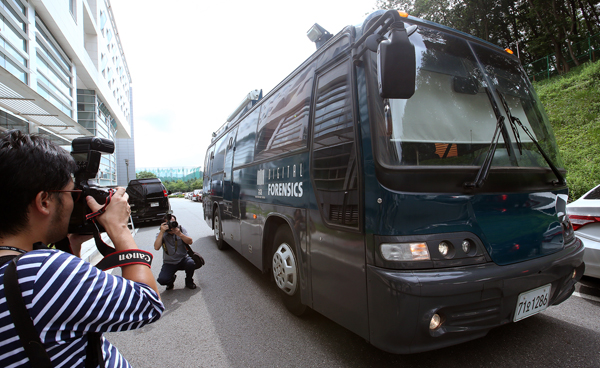 A very big mobile device - A mobile forensic lab arrives at the National Archives in Seongnam, Gyeonggi, yesterday to assist the prosecution investigate the disappearance of a 2007 inter-Korean summit transcript. The bus from the National Digital Forensic Center, worth 400 million won ($359,228), is the nation’s only mobile lab equipped with a server and computer analysis system capable of processing a large amount of data. A team of 28 prosecutors and specialists began their investigation yesterday. The prosecution said the probe at the National Archives will take at least a month. By Park Jong-geun