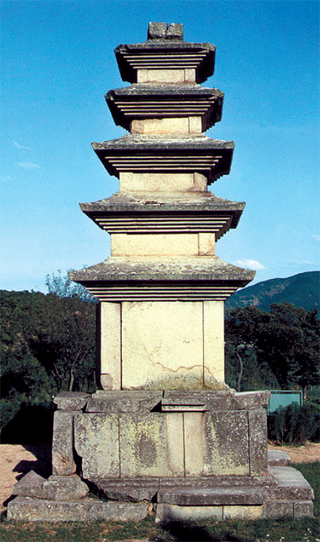 The five-story stone pagoda in Nawon-ri, Gyeongju, was likely built in the eighth century, but has kept its pure white color, so it is also known as the Nawon white pagoda.

The one-story pagoda body stands on a two-story platform. The entire pagoda is made of a single stone except for the upper and lower platforms and the first and second roof stones. A small hole to hang a wind bell is on the roof stone.

The upper and lower platforms and the core of the pagoda body have pillar-shaped carvings.

The pagoda occupies a high position in the valley, so it looks imposing enough to overwhelm its surroundings.