Postcard leads to ‘house of miracle’

Postcard leads to ‘house of miracle’ 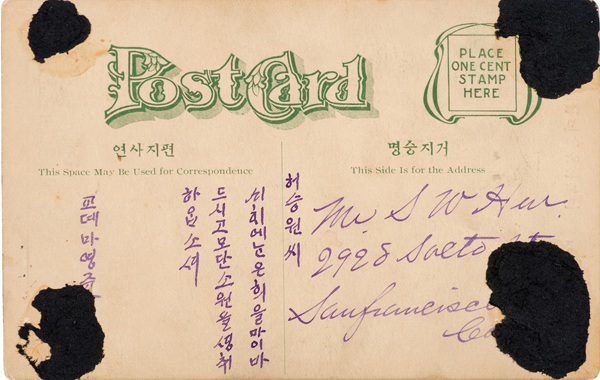 The Overseas Korean Cultural Heritage Foundation unveiled a postcard featuring the Korean legation in Washington that contained a message exchanged between independence fighters in the U.S. Provided by the foundation

“I wish you God’s grace in the new year and best of luck with all your endeavors.”

This may sound like any other New Year’s greetings. However, it isn’t.

This is from a postcard exchanged between Korean independence fighters either during the Japanese colonization of Korea (1910-1945) or the years leading up to that period. The postcard features the Korean legation building in Washington, D.C., that the Korean government bought from the owner in August 2012 to much attention from Korean residents in the U.S. as well as Korean media.

“Postcards featuring the legation had been found before, but this marks the first time that we found a postcard with independence fighters’ names, their correspondence and an address,” said Kang Im-sam, one of the spokesmen of the Overseas Korean Cultural Heritage Foundation. 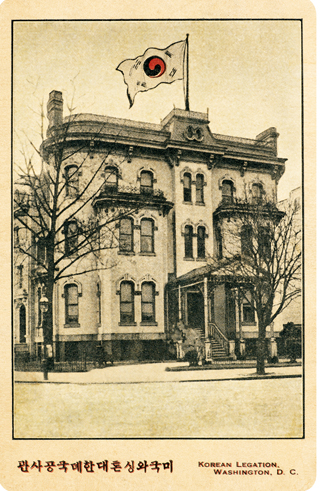 The postcard with New Year’s greetings was found by the foundation while it was examining the documents and possessions of Ahn Hyeong-ju, a grandson of Kim Ho, who was an independence fighter living in the U.S. Its front is the same as the ones at the Independence Hall of Korea, but the designs on the back were slightly different.

“The postcard is written by Ma Yeong-jun and to Heo Seung-won in San Francisco,” the foundation said in a press release. “Through research, we were able to find out that Heo’s address in San Francisco was a match to the headquarters of the Korean National Association, which was formed in 1909 by Korea’s independence fighters based in the U.S., and that both Ma and Heo were members of the association.”

What is conspicuously missing in the postcard, though, is the date. Kim Do-hyeong, a senior researcher, said that given the context “it appears to have been written some time around 1910.” He said that many postcards were exchanged between Korea’s independence fighters, but it is notable in that the latest one features the Korean legation in Washington - a symbol of Korea’s desperate attempts to make it clear to the world that it was a viable, independent state that refused to be ruled by its neighbors, such as China or Japan. 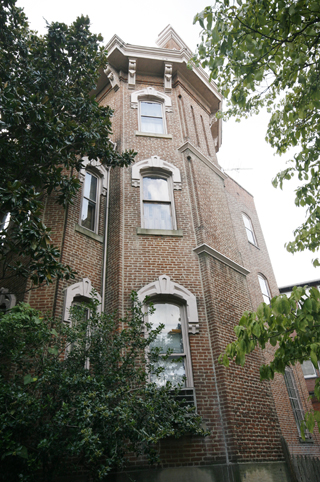 The Korean government bought the legation building last year. It is set to open to the public in 2015. [JoongAng Ilbo]

When Korea’s Cultural Heritage Administration bought the house from a U.S. couple last year, Korean media introduced the story with some calling it the “house of miracle.” In fact, the building was used as a legation only for a brief period of time - from 1891 to 1910.

It wasn’t until the 1980s that a few Korean scholars learned of the existence of the legation through documents in Washington. Since the early 2000s, the Korean community in Washington and other opinion leaders attempted to buy back the building.

Although the owner of the building changed many times, many parts of the house retained its original form - thus the nickname “house of miracle.” “Compared with the photos from the past, the space and structure is almost perfectly preserved,” said Kim Jong-hun, an architecture professor at Pai Chai University.

In July, the Overseas Korean Cultural Heritage Foundation announced that the building has been included in the 2.4-kilometer (1.5-mile) history tour course operated by the nonprofit Cultural Tourism DC.

However, people will have to wait to explore the inside of the building. The foundation is in the process of debating how to utilize the building, with an aim to open it to the public in 2015.

An exhibition or memorial hall is a possibility mentioned by foundation officials.