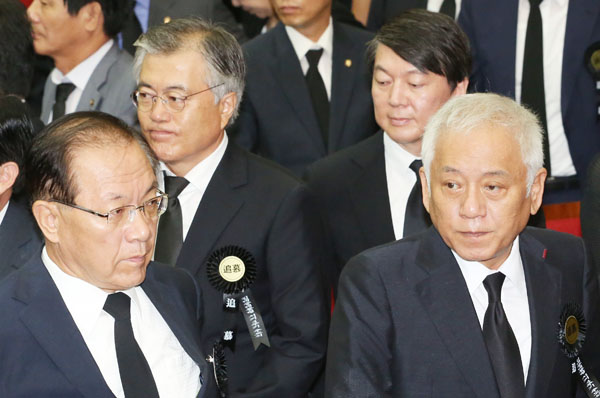 At the fourth annual memorial service for the late President Kim Dae-jung yesterday in the National Cemetery in Dongjak-dong, Seoul, Hwang Woo-yea, left, chairman of the ruling Saenuri Party, and Kim Han-gill, right, chairman of the main opposition Democratic Party, stand next to each other. They reportedly talked about a three-way summit meeting with President Park Geun-hye. Behind them are Representative Moon Jae-in, former presidential candidate for the DP, and independent lawmaker Ahn Cheol-soo. By Kim Kyung-bin