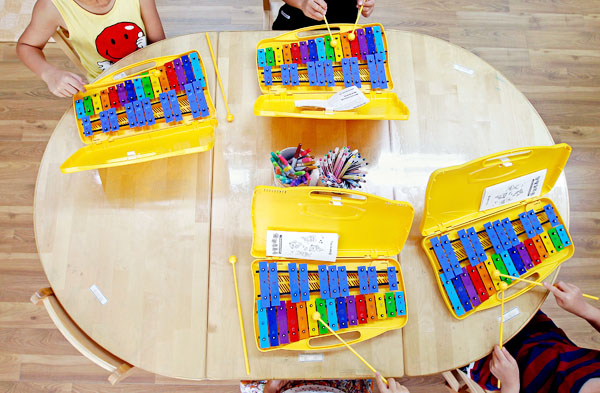 Mrs. Kim, a 38-year-old working mother in Seoul, recently faced a dilemma: How to make sure her nine-year-old son was taken care of after school.

“I asked my mother to look after him, but it was hard to give him the right environment to study and spend time at home without me,” Kim says. “The situation became a lot more challenging when went into the third grade. While I was working, I realized that the only time we had together was when I fed him dinner and for a short time afterward.”

Kim took a leave of absence from work for four months last year. When she couldn’t extend the leave, Kim said she had “no choice” but to quit a job she had for over a decade.

Kim’s trouble is shared by all working mothers, who have to choose between continuing their career or concentrate on child rearing. In a conservative and male-dominated society like Korea, that choice almost always falls to mothers.

And the choice is stark. Keep the job and paycheck, but have your child alone at home or shuttling among extracurricular hagwon, or cram schools. Or leave a career and a paycheck that may be needed by the family.

In a Korea JoongAng Ilbo survey of 224 mothers in Gyeonggi with children aged 7 to 9, 43, or 19.2 percent, said they left jobs before their children’s enrollment at elementary schools to focus on child rearing.

For the mothers who keep working, the big issue is what their kids do after school gets out. One solution is to have a grandmother look after them. Another is a hagwon, private tutoring center - or more than one hagwon.

On a well-known Internet community site for mothers called 82 Cook.com, (http://www.82cook.com), the discussion is lively about how to keep kids occupied after school. The most common piece of advice is to send children to hagwon, with the focus on keeping kids occupied rather than grades or academic success.

Mrs Park, a 39-year-old mother of a nine-year-old son in Ilsan, says it costs her over 800,000 won ($715) a month for her son’s private education fees. “It’s an incredible headache to arrange the right hagwon schedule, especially during school break season.”

Eun-kyu, a third-grader in Guro District, western Seoul, is sent to hagwon by his working parents so he won’t be alone at home. Eun-kyu, who asked that his surname not be printed, goes to four private academies a day.

Working couples who can’t afford hagwon have no choice but to raise their kids as latchkey kids.

“I spend more than half of my time at home playing computer games,” said a 9-year-old student being raised by working parents in Mapo District, central Seoul.

To help out, elementary schools in the country are starting to provide after-school programs for first to third grade students with working parents. The Ministry of Education earmarked 263.7 billion won this year for such. But that’s not enough.

The Ministry of Gender Equality and Family estimates that about 327,300 children in the first to third grades are untended after regular school hours. The current after-school programs have room for only half that number, or 159,248.

“Kindergartens and day care centers in the country have expanded their working hours to meet the demands of working parents. Now the same is being asked of elementary schools,” says Lee Sung-han, professor of child welfare studies at Kosin University in Busan.

“Young children need to feel they are being properly cared and looked after to have a healthy and sound adolescence. Schools are not the only ones responsible for that task. Local communities need to recognize the rising need [for proper childcare].”

A joint after-school program in Jeongeup, North Jeolla, may offer a solution. Chilbo Hakdang is open to students with working parents from Sukuk, Chilbo and Backam elementary schools.

“When all of the schools ran their own after-school programs, they faced challenges with budgets, a shortage of program materials and manpower,” said Oh Kyung-sook, an official at the local education office.

The joint center, which opened in January, is the result of cooperation by the Jeongeup Education Office, Jeongeup City Government and the local agricultural association.

The city government took charge of renting a community center in the neighborhood for the program while the agricultural corporation provides meals and farming educational programs for students.

Analysts say children at a young age have an instinctive need to be protected by parents. And when that desire is unfulfilled, they feel “a great sense of discouragement” and “frustration,” says Dr. Oh Eun-young, head of the Oh Clinic, which specializes in child and adolescent psychology.

The doctor warns that working mothers should think carefully about quitting their jobs to raise their children at home.

“When a child does not satisfy the expectations of a mother who has left her job, the mother can easily feel a sense of unfairness and loss,” she says.