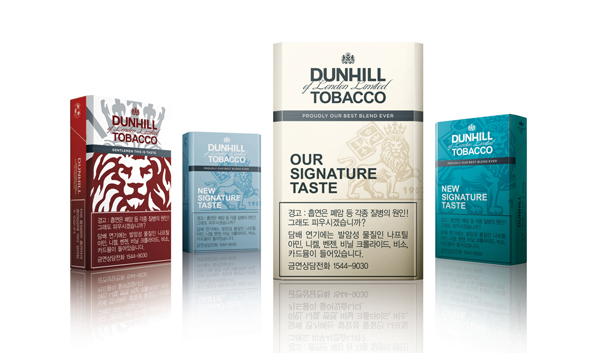 British American Tobacco Korea said yesterday is has launched three variation of the original Dunhill brand in an effort to boost sales by attracting consumers to a smoother taste. The company said Dunhill Lights have gained popularity since a new packaging was introduced in the market in April. Yesterday it unveiled the Dunhill Balance and Frost. BAT said the new designs emphasize the lion symbol, a unique marker of Dunhill’s London heritage.