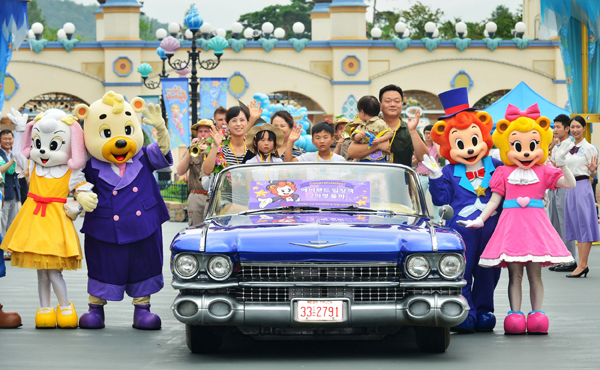 Witnesses swear an oath yesterday in the National Assembly before testifying at a hearing into allegations that the National Intelligence Service staged smear campaigns against the Democratic Party candidate in last year’s presidential election. Officials from the central spy agency were hidden behind a screen in order to protect their identities. [NEWSIS]

Everland celebrates surpassing 200 million visitors in Yongin, Gyeonggi yesterday. The park was the first domestically developed Asian theme park to do so, and second in the region after Tokyo Disneyland.[NEWSIS]