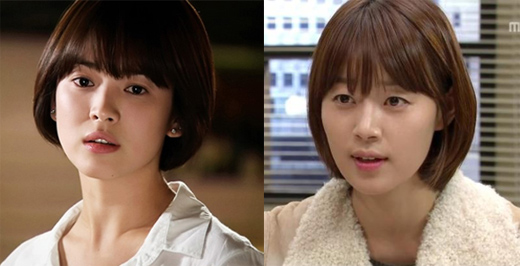 Actress Han Ji-hye of MBC drama “I Summon You, Gold!” said that she had brought a photo of actress Song Hye-kyo of SBS drama “That Winter, The Wind Blows” to a hair salon as she wanted to have the same hairstyle.

In “100 Choices” on cable channel StoryOn yesterday, she said that she had gone to a salon in the United States for a haircut because she liked Song’s short hair.

“Because people there don’t know who Song Hye-kyo and Han Ji-hye are, they wouldn’t have any idea Han came to get the same hair as Song,” said Han.

In yesterday’s episode of the weekly show, hair designers who work with local and international celebrities came to the set to share hair-styling tips to make one look more fashionable.