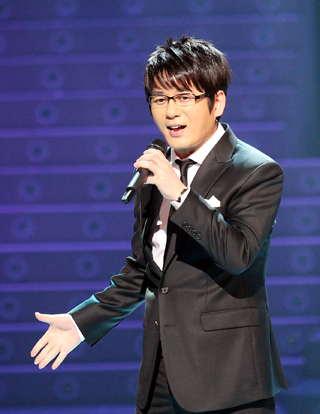 Ballad singer Shin Seung-hoon will hold a concert and fan meeting in November for 10,000 fans, his management announced yesterday.

Titled “2013 The Shin Seung-hoon Show Great Wave,” Shin is scheduled to sing many of his hits, along with fresh songs from a new release.

While the concert date has been set for Nov. 9 at Seoul Olympic Park in Songpa, southeastern Seoul, the album’s release date has not been confirmed.

It has been a long wait for Shin’s 11th full-length album. Since “The Romanticist” in 2006, Shin has released only two EPs and a series of singles for television drama sound tracks.

“The concert will be the largest ever held by Shin and will show all the performance abilities Shin has learned over his career,” said his management.