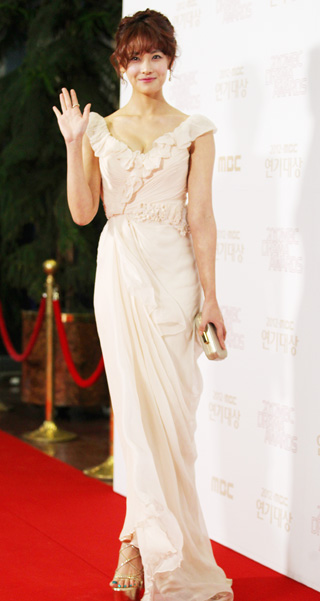 Contrary to her normally long, lady-like hairstyle, Oh’s new style looks more down to earth. A photo released yesterday showed her wearing a white gown with her new short hair.

In the drama, which starts in October, she will play a surgeon named Choi Ah-jin.

Oh expressed her enthusiasm for studying for her new role; she was even caught reading medical books.

“It is expected that she will reveal many of her charms that have not yet been shown,” said an official with the drama’s production team.