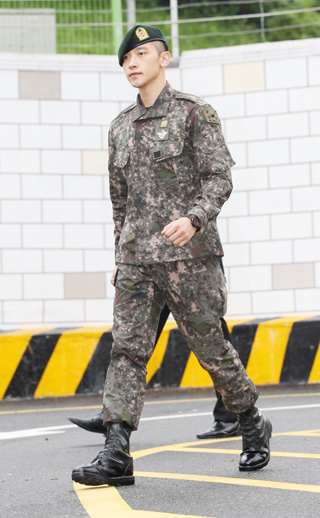 It will be the first time Rain officially appears in public after being discharged from the Army last month.

He originally planned on meeting his fans earlier this month, but he postponed the event.

As he gears up for his first performance in more than two years, many fans are also expecting an announcement of his comeback to the music industry.

However, his agency, Cube Entertainment, said that his appearance at the festival has nothing to do with his comeback.

“He has not started working on a new album,” said an official at the agency, according to local media reports. “As he was recently discharged, he will take a break and then start working on new songs.”