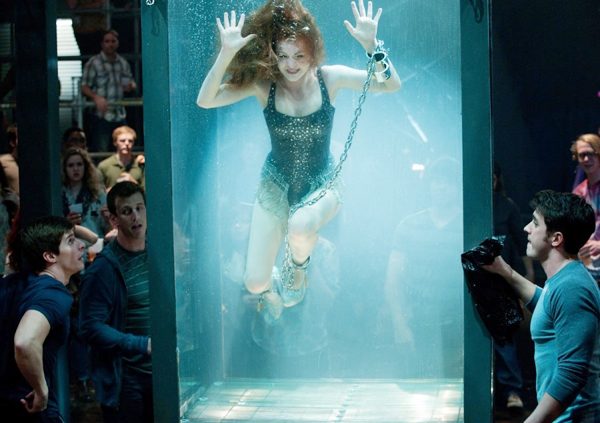 “Now You See Me” is the story about four talented magicians (played by Harrelson, Fisher, Franco and Eisenberg) who are mysteriously invited to an apartment in New York City, where they find futuristic equipment for creating amazing holograms.

A year later, the magicians have become one of the most popular acts in Las Vegas, calling themselves the “Four Horsemen.” But at one show, their magic trick apparently involves an amazing, international bank heist, stealing money from a Paris bank and then showering the Vegas audience with the cash.

But more than just thieves, the Four Horsemen and their benefactor have reasons for their very unusual magic act.

All the while, veteran illusionist expert Thaddeus (Freeman) plays the narrator, explaining how the complicated cat-and-mouse mystery is unfolding.

Since its premier in the United States in May, this movie has proven to be a sleeper hit worldwide, earning more than $274 million from an estimated $75 million budget. 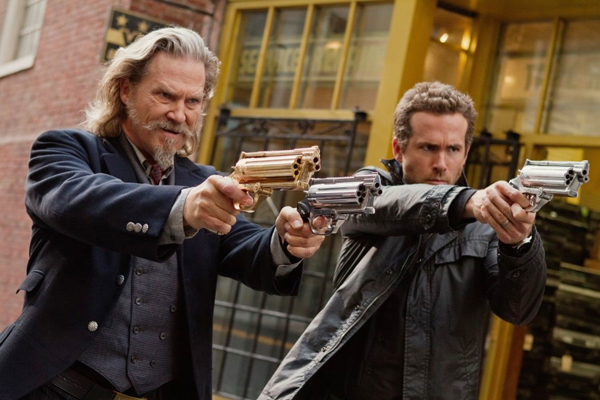 Based on Peter M. Lenkov’s comic book “Rest in Peace Department,” this film was released last month in the United States, but it just hit theaters in Korea. Ryan Reynolds plays Nick, a member of the Washington, D.C. police force, who is shot about a dozen times by a supposed friend in a warehouse while chasing a drug lord.

The dead cop is taken up to heaven, but instead of clouds and harps, he is offered a job for a supernatural police force known as R.I.P.D. Their job - protect the living from malevolent spirits who slipped through the cracks of the eternal justice system and remained on earth.

After accepting the job, Nick is paired with veteran sheriff Roy Pulsifer (Jeff Bridges), a wise-cracking former cowboy from the late 1800s Wild West. Together, they hunt down the evil dead, ghosts they call “deados.”

Although the film received a lukewarm reviews from critics, with just an 11 percent “fresh” rating at the Web site Rotten Tomatoes, the film is consistently funny, mostly from the old cowboy’s rants and folksy sayings.

Sung-gong (Nam Yeon-woo) is a timid, submissive boy who is bullied by a group of three tough-talking boys. One day, in a shoddy apartment, the three ill-intentioned boys drug a fellow classmate, Jang-mi, who has lived alone since her mother’s death, and take turns raping her. Then they goad Sung-gong into going into the room, where the naked girl lies unconscious.

Ten years later, in the present, adult Sung-gong is living a mundane existence, working for a clothing business. But inside, he is plagued by guilt of what happened to Jang-mi, even though he claims he never touched her.

One day, the guilt-ridden boy is handed a flyer by Christian street missionaries. He slips into a pew at their church, where he meets adult Jang-mi (Yang Jo-a) seeking refuge at the same place. Desperate to unburden his guilt, he tries to get her forgiveness. But when he realizes she is still dealing with the trauma of what happened to her, Sung-gong decides to take action against those three former classmates.

Seong-su (Son Hyeon-joo) is a successful man raising his family in a luxury apartment. Life is mostly good, except for a brother he never talks with. One day, Seong-su learns that his brother is missing and goes to his brother’s apartment building for the first time in decades to look for him. There, he finds strange symbols carved into every door and meets Joo-hui (Moon Jeong-hui) and her young daughter. Joo-hui is convinced that someone is spying on them and lives in constant fear.

Seong-su figures out that the symbols carved onto the doors have significance. Then when he returns home, he finds similar symbols carved into his door, but they indicate a deeper mystery. 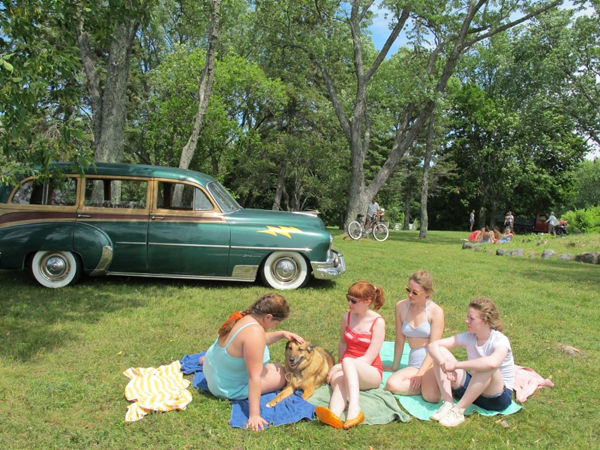 French director Laurent Cantet’s first English-language film, “Foxfire” had its premiere in Korea back in April when it was the opening film for Jeonju International Film Festival. But now it is getting a wide release around the country.

Based on the Joyce Carol Oates novel from the ’90s, “Foxfire” centers on a group of girlfriends in 1950s upstate New York. Mistreated by men - of all ages - the girls form a gang, which proceeds to grow over time.

Although the leads are relatively unknown actresses, the cast does an impressive job conveying the plight of young girls in an age when feminism was just budding.

Although united by a common goal, trouble begins to arise after the girls move into a dilapidated house and have to fend for themselves.

On the surface, “Foxfire” can look like a simple chick-lit book turned into a film, bit in fact it has a serious political message. As the group grapples with whether there should be a cap on membership and how to make ends meet, issues of the American dream, fairness and gender equality are all examined.

The film is set in Bundang, an affluent suburb of Seoul. An illegal immigrant who was affected by a bird flu quickly spreads the virus to nearby residents and the epidemic turns the city into a total mess.

While people in the city go almost mad to survive, a doctor who is the single mother of a young daughter, In Hae (Soo Ae) voluntarily goes into the mess to save her daughter, Mi-reu (Park Min-ha), with the help of a rescue worker, Ji-Koo (Jang Hyuk).

At first glance, the film seems much predictable in part because of the previous, similarly themed movie “Deranged,” but proves it has more substance.

“The Flu” is playing with English subtitles at the CGV Yongsan on Sunday at 5:40 p.m.