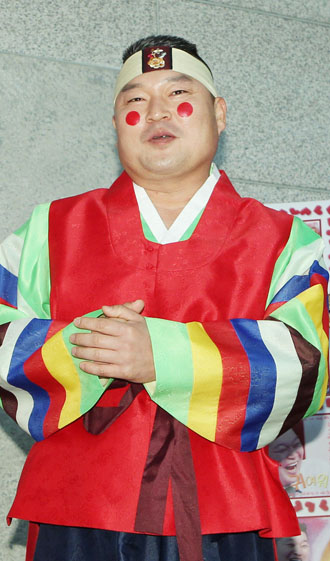 The MBC talk show “Knee Drop Guru,” once a big hit in the ratings, aired its last show on Thursday, wrapping up a nearly seven-year run.

“I had a precious time crying and smiling while sharing stories with 240 guests. The program has been a school where I could learn about life.”

Kang also thanked audiences who cried and laughed with him, along with past guests.

“Knee Drop Guru” started its run in 2007 and quickly became one of the most popular shows on the air with its mix of celebrities, politicians, athletics and foreign guests.

Unlike other talk shows, which usually take place at a western-style table, Kang would wear outfits inspired by Korean traditional garments and have guests sit on the floor.

The show was temporarily halted after Kang was embroiled in a tax evasion controversy in 2011. Kang and the show later came back, but it was never able to return to its past heights.