Kim Sa-rang in line for show

Kim Sa-rang in line for show 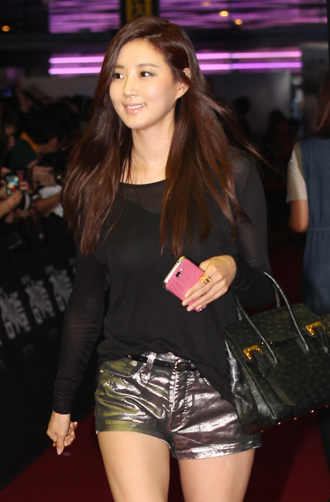 Actress Kim Sa-rang may make a comeback to the small screen for the first time in two years, since her appearance in the SBS drama “Secret Garden.”

Kim is currently a candidate for the upcoming SBS weekend drama “Thrice Married Woman,” and she reportedly has even participated in script-reading with other actors and producers.

However, Kim’s participation has yet to be confirmed as veteran script writer Kim Su-hyun, who has written numerous hit dramas including cable channel JTBC’s drama “Childless Comfort,” will have the final say, according to local media reports yesterday.

If she were to be confirmed, she would be playing the youngest daughter in the family, named Oh Eun-su, in a drama about a mother and her two daughters.

Actress Uhm Ji-won, who also starred in “Childless Comfort,” will play the role of the older sister.

The drama is scheduled to air beginning in November after current drama “Goddess of Marriage” completes its run.