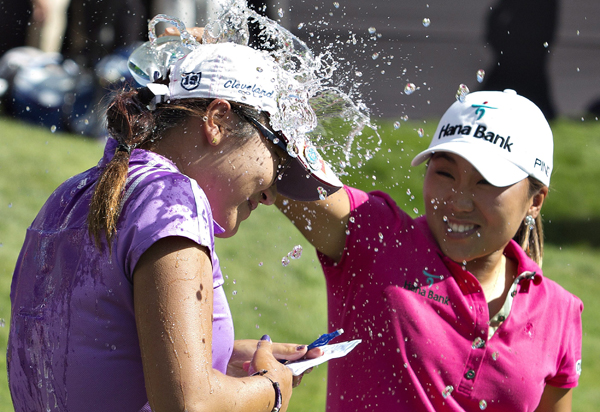 The 16-year-old New Zealand amateur successfully defended her title Sunday, closing with a 6-under 64 on Sunday at Royal Mayfair for a five-stroke victory and her fourth win in professional events.

“I’m pretty surprised, but I played some really good golf out there, so I was really happy about that,” Ko said. “My goal today was to shoot 5 under and just play my own game. If somebody else shot better, then I can’t do anything about it.”

Last year at Vancouver Golf Club in British Columbia, the Korean-born Ko became the youngest winner in LPGA Tour history at 15 years, 4 months, 2 days. She also was the fifth amateur winner in tour history and the first since JoAnne Carner in the 1969 Burdine’s Invitational. 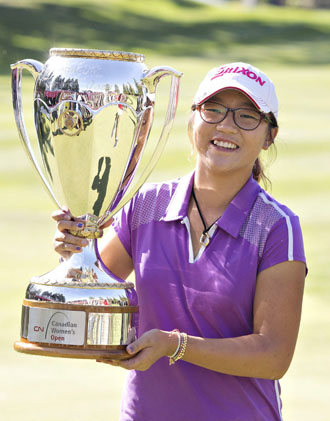 “I never really thought about making history and all that,” Ko said. “History is .?.?. I don’t know where it starts. So, yeah, it’s awesome to be a part of history.”

Ko’s other victories in professional events came last year in the Australian tour’s New South Wales Open and this year in the Ladies European Tour’s New Zealand Women’s Open. Projected to jump from 19th to seventh in the world ranking, she has played 14 LPGA Tour events the last two seasons, making the cut in every tournament. She also won the U.S. Women’s Amateur last summer.

“I’ve got some people above me, like my mom and dad, they’re the boss,” Ko said. “They’re going to help me to make the right decision and to turn pro at what time. I think as I’m only 16 still, it’s quite hard to make huge decisions. When I turn pro it’s like a job. Money is all about it and everything like that, every shot counts. Yeah, I think my parents and New Zealand golf, they’re all going to have a say, and hopefully we’ll make a really good decision on when I will turn pro.”

She bristled when asked about losing out on another $300,000 payday.

Ko had a 15-under 265 total after opening with rounds of 65, 69 and 67. A stroke behind Caroline Hedwall entering the final round, Ko birdied five of the first eight holes and reached 15 under with a birdie on the par-4 12th. She dropped a stroke on the par-4 13th, parred the next four and closed with a 15-foot birdie putt on the par-4 18th.

“I didn’t have it coming,” Ko said about her final putt. ”That’s why I was like, ‘Oh, my God.’ I was pretty worried it would just go straight down because I knew it was a slippery putt. No, I just hit it a little bit, and it trickled down in the hole.”

France’s Karine Icher was second after a 67.

She marveled at Ko’s performance.

“She’s amazing,” Icher said. “Sixteen years old and to win twice. She has no fear, I guess. It’s incredible. As an amateur and so young, it’s great for women’s golf, but not so great for us.”

Hedwall, the Swede coming off a record 5-0 performance last week in Colorado during the Solheim Cup in Europe’s blowout victory over the United States, had a 71 to tie for third at 9 under with Brittany Lincicome (69).