An ‘investment in our common humanity’

An ‘investment in our common humanity’ 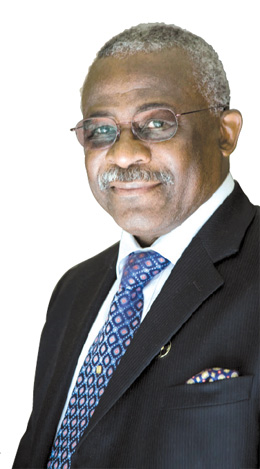 In an interview with the Korea JoongAng Daily yesterday in Seoul, Nwanze, who is from Nigeria and in his second-term as IFAD president, said he had high hopes for Park, the daughter of former President Park Chung Hee, who founded the New Village Movement now being shared with developing countries in the form of the Knowledge Sharing Program and funded by the Korean government.

He asked for greater engagement by the Park administration in investing in the developing world through sharing its experience of transforming from an aid recipient to a donor in two generations. Korea’s assistance to the developing world rose about 20 percent year-on-year to $1.5 billion in 2013. The country also increased its voluntary contribution to the IFAD by 15 percent and made a supplementary contribution of about $1.8 million to support ICT projects around the world using Korea’s cutting-edge technology.

Nwanze prefers to refer to “aid” as “investment.” “We have to understand when developed countries help developing countries, it is investment in our common humanity,” Nwanze said. “Aid sounds like handouts.”

Q. What more do you expect the Korean government to do for global development?

A. President Park has called for inclusive growth and creative economy. You can analyze that what the IFAD is doing is basically that. In the rural areas where we work, we believe that when you give opportunities for innovation at a local level, you are creating opportunities for people to be included in that process. We don’t believe that development is something that we do for people. It’s something people do for themselves. So they have to be creative. Our business is to facilitate and catalyze that process and include everybody in society.

When people have a sense of ownership of their own development, miracles occur. I believe the Korean president’s engine for development is essentially what IFAD is all about. I believe greater engagement of Korea in our business also would be in line with the strategy of this government.

How can agriculture or rural development relate to the economy?

It is natural that for us, investment in agriculture is very important. Adding to that, agricultural communities invest in women a lot. Money earned by women oftentimes is invested in children’s health , nutrition and education, which means they are investing in the future.

As was seen in the 2007-09 food crisis, food security is fundamental for national security. And a global fact is that in order to achieve global peace, we need food security. Food security has been a key in all negotiations with developing countries.

How can we combat possible “agflation” in the future, if food supplies run short again?

In the 1950s and 1960s, the world had enough food stocks. The United States paid farmers not to grow grain because demand was much lower than supply. We are now in an era when food stocks can’t meet demand, because food is feeding not only humans, but animals. Climate change adds to the problem. If we are not careful, we will have a situation where people can’t buy food.

I’m a firm believer that the solution to global food security is in Africa, for two reasons:

Africa’s subsistence agricultural system is underperforming by 40 percent. We need to double output. Africa possesses 60 percent of uncultivated agricultural land. If Africa can organize itself, it can be a contributor to the world’s food security.