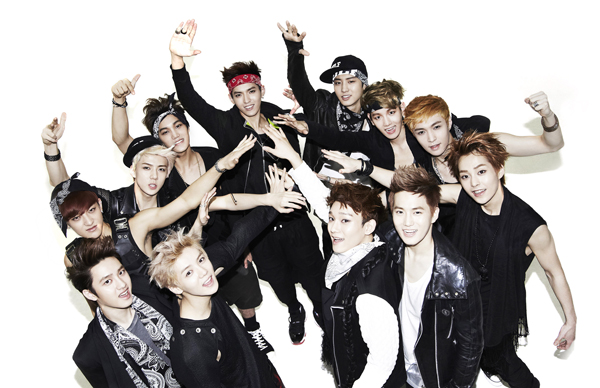 Boy group Exo’s international popularity has catapulted its album to the top of the charts.

The group’s repackaged version of its first album “XOXO (Kiss and Hug)” in Korean has been holding the top spot for the past three weeks on a chart by Taiwan’s music provider Five Music.

The album’s Chinese version has been in second place for two consecutive weeks since Aug. 15.

The group’s album was also ranked on top of other local music providers including Thailand’s B2S Top 20 under the category of International Music last week.

Along with some good news coming from other countries, the group has also grabbed the No. 1 spot on four major music shows in Korea including KBS’s “Music Bank”, SBS’s “Popular Song,” MBC’s “Show! Music Core” and Mnet’s “M Countdown.”