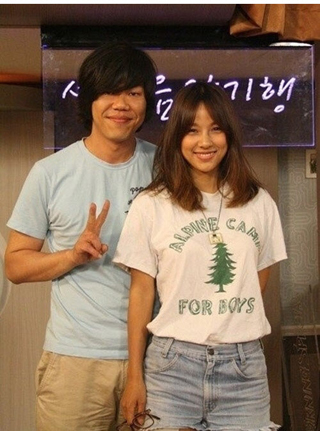 Singer Lee Hyo-ri released a video yesterday that showed her boyfriend Lee Sang-soon proposing to her.

“I was proposed to, and I’m about to brag about it,” said Lee on Twitter after posting the video about the happy occasion.

The video starts with a video message pre-recorded by her boyfriend.

“I have heard that you were anxiously waiting for the proposal, so I planned one that I wanted to do,” he said.

The singer’s friends and family made an appearance to deliver the congratulatory message afterward.

“Normally a man propose in an attempt to ask [a woman] to marry him, but we have already promised that we are going to get married,” he continued. “We’ll have more fun and experience more happiness than ever before after we get married.”

The singer was caught crying as she watched the pre-recorded video until he popped the question, “Will you marry me?”