KoFC and KDB get back together

KoFC and KDB get back together 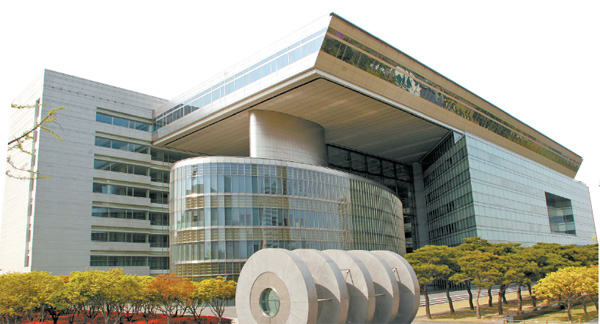 The government’s role in allocating financial resources will be carried out by a single lender, starting next year after the merger of Korea Finance Corporation and Korea Development Bank, the Financial Services Commission said yesterday.

The move, however, is prompting criticism that the country’s state lending policy flip-flops whenever a new administration takes power.

KoFC was spun off from KDB in 2009 under the Lee Myung-bak government. It was supposed to lend to small and midsize companies, while the KDB concentrated on commercial lending and investment banking.

The FSC yesterday unveiled a reform plan for government financing almost five months after it created a task force with representatives of the Ministry of Strategy and Finance, the Ministry of Trade, Industry and Energy, and private experts.

“There have been calls to improve current policy financing activities from simply carrying out debt financing to carrying out equity financing roles by providing investments and investment loans,” said Koh Seung-beom, head of the FSC’s financial policy department. “There has also been growing demand for policy lending in new areas to bolster start-ups and support a creative economy.”

Attempts to sell KDB over the past several years ended in failure due to bad business sentiment following the 2008 global financial crisis.

“We plan to launch a ‘unified KDB’ next July after legislative approval at the National Assembly,” Koh said.

The labor union of KoFC released a statement yesterday criticizing the merger plan as having no “logic” or “clear justification.”

The FSC earlier said labor restructuring will be limited.

Yesterday’s reform measures did not include President Park Geun-hye’s campaign pledge to establish a public corporation dedicated to offering financial funding such as long-term loans to shipbuilders. The domestic shipbuilding industry has been struggling due to a bad market and competition from China.

Instead, the FSC said that about 100 employees from the Export-Import Bank of Korea, Korea Trade Insurance Corporation and KDB will be allocated to Busan to work at a center that will be created to oversee funding aid for the shipbuilding industry.

In response to the plan, the main opposition Democratic Party issued a statement saying “the pledge to establish a public shipbuilding corporation has been scrapped following the previous pledge of relocating the headquarters of the Ministry of Oceans and Fisheries, which has gone up in smoke.”