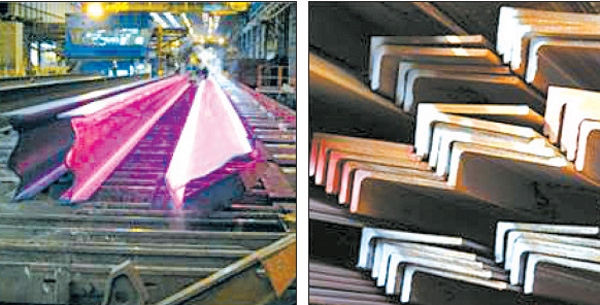 Hyundai Steel recently succeeded in upgrading H-beams for use at offshore plants. Its excellent low-temperature toughness boasts world-class technology. The company announced it has begun mass production of the new H-beams, which maintain a strong performance in temperatures as low as -40 degrees Celsius (-40 Fahrenheit).

In low or very low temperatures, ordinary steel cannot absorb shock and has a risk of being destroyed immediately. However, Hyundai Steel minimized this shortcoming with its recent development, with its technologies of refining clean steel and control rolling.

“The initial product was released after receiving H-beam orders for offshore plants at the gas field of the North Sea,” said a Hyundai Steel official.

Moreover, Hyundai Steel also succeeded in domestic production of inverted angles for Liquefied Petroleum Gas (LPG) carriers, which are high value-added vessels, for the first time in the domestic market. Inverted angles, a type of steel used for stiffening the interior walls of vessels, are tricky to produce because they require sophisticated rolling technology.

Adding properties of nickel and titanium while reducing phosphorus and sulfur by huge amounts enabled domestic production of inverted angles for LPG carriers that show a strong performance in absorption of shock and wielding, according to a Hyundai Steel official.

Replacing current full imports with domestic production of inverted angles for LPG carriers will have a substantial import substitution effect of 12,000 tons, or 10 billion won ($9 million).