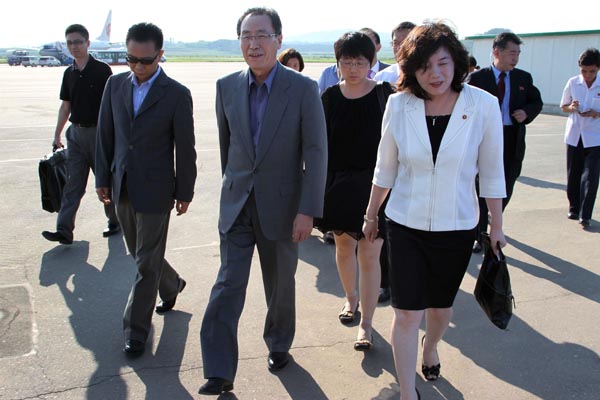 Wu Dawei, center, China’s chief envoy on North Korean affairs, arrives at the international airport in Pyongyang, North Korea, on Monday. Wu arrived the day before the 10th anniversary of the start of the six-party talks. Aimed at ending the North’s nuclear program, the talks have been stalled since 2008.

They produced some breakthrough deals, including a 2005 disarmament-for-aid agreement, but all of them ultimately fell apart as North Korea backtracked on its commitment to denuclearization. After its third nuclear test in February, North Korea declared that its nuclear program was “not negotiable.” [AP/NEWSIS]