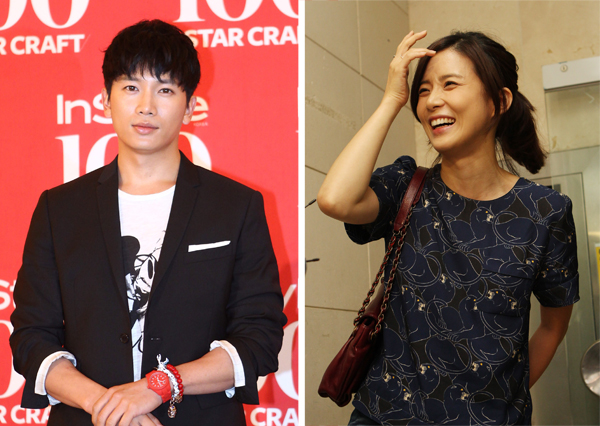 The two wore grey couple hoodies and were hand in hand when they exited the airport. They told reporters that the shoots went well.

Netizens are already showing high expectations for the final images after catching a sneak preview when photographer Oh Jung-suk uploaded a photo via Twitter on Monday.

“I fainted after finishing the various photoshoots. It’s Monday morning here,” wrote Oh, with a photo of Ji Sung and Lee Bo-young attached to the message. In the photo, Ji Sung was wearing a navy suit and Lee had a big smile.

The two met on SBS drama “Save the Last Dance for Me” in 2004. After seven years of dating, they announced their upcoming marriage earlier this month. The couple will tie the knot at Walkerhill Hotel, eastern Seoul on September 27.