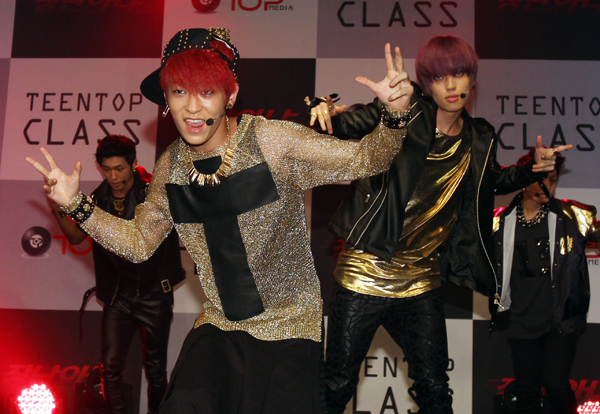 Boy group Teen Top has returned to the local music scene next month after traveling across Europe in February.

The group had a press conference on Tuesday to promote its fourth EP “Teen Top Class” and shared its excitement at a cafe near the Han River in Jamwon, southern Seoul.

“We just had the first comeback performance on Mnet’s ‘M Countdown’ in the United States, and I was really surprised to see that many fans showed great enthusiasm over our dance moves,” said the group. “We hope that we get the good response in Korea because we have prepared so much.”

The group has introduced a new dance move called free step, which requires members to move their feet even faster to show off their steps.