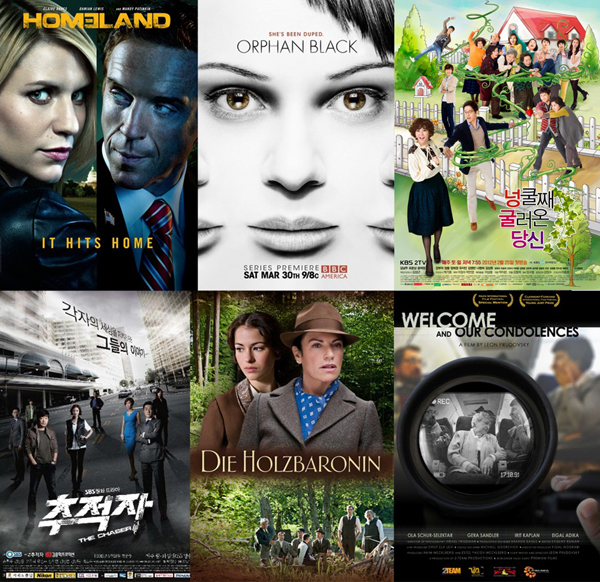 More than 225 dramas from six continents were submitted to this year’s Seoul International Drama Awards. Provided by the festival

The eyes of drama lovers around the world will be on Korea next week as the eighth annual Seoul International Drama Awards is set to take place at the National Theater of Korea on Sept. 5.

Growing each year since its debut in 2006, this year’s awards had the largest number of submissions yet, at 225. Of those submissions, 39 works were nominated for the 24 awards being handed out. All told, 48 countries and six continents are being presented in the competition.

Despite the international tag, however, the awards show will have a distinctly Korean flavor.

Kim Yun-jin, the star of the TV series “Lost,” will make an appearance this year as her drama, the U.S. series “Mistresses,” has been invited to the awards show.

And because Hallyu and dramas go hand in hand, stars of Korean dramas and K-pop will also be acknowledged. In fact, several of the Korean-related awards have been announced already.

Miss A’s Suzy, who starred in “Gu Family Book,” will get the award for best actress and Lee Joon-gi, from “Arang and the Magistrate,” will be given best actor.

Suzy will also host the ceremony, alongside her costar from “Gu Family Book,” Lee Sung-jae.

The best Korean drama theme song will go to Kim Jae-joong for the MBC drama “Dr. Jin,” although Kim may not be making an appearance.

Meanwhile, the best Korean drama award went to “Arang and the Magistrate,” which also starred Shin Min-a, and the runner-up prize went to “King of Ambitions,” starring Soo Ae and Kwon Sang-woo.

The only dramas eligible for the Korean awards were those from terrestrial broadcasters KBS, MBC and SBS.

Eligible programs also had to have begun airing between January 2012 and May 2013, have brought in more than $3 million from exports and pass popularity tests by both netizens and an expert panel.

For prizes that have not been determined yet, the awards have been divided into three segments: TV movies, which can be one or two episodes; miniseries, which can range from three to 12 episodes; and series, for works with more than 12 episodes.

One of the dramas to look out for is “The Jewish Cardinal,” a submission from France that is competing in the TV movie section, as well as best actor and best director.

The three terrestrial networks take turns airing the awards show each year, so this year MBC takes the honor, with festivities kicking off live at 5:10 p.m. on Sept. 5.

A live stream of the awards will also be available on Daum, UStream and YouTube to 120 countries.

Those watching it online will also be able to catch the red carpet procession before the main ceremony begins.