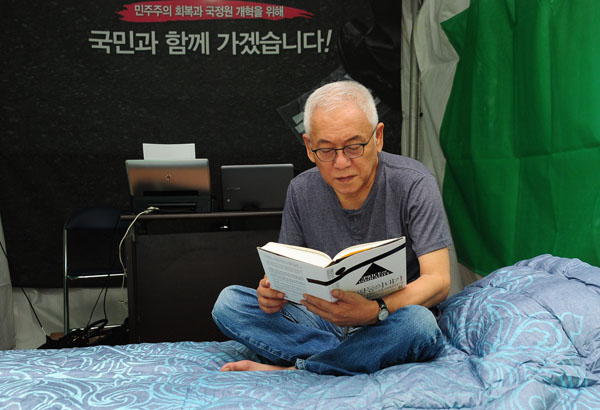 Kim Han-gill, chairman of the Democratic Party, reads a book inside a tent the opposition party has set up as a temporary headquarters in front of Seoul City Hall Tuesday night. Kim is protesting President Park Geun-hye’s refusal to meet with him one on one. Kim said he will not return to his home to sleep until Park does meet him. “I would never have begun in the first place if I would give in so easily,” Kim told reporters. [NEWSIS]