Son off to tough start at world championship

Son off to tough start at world championship 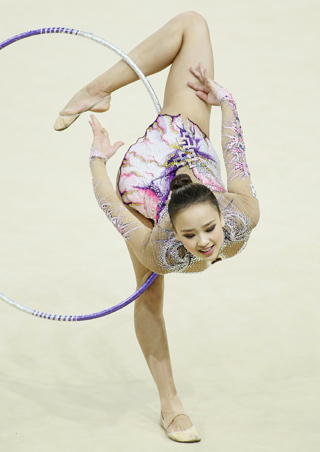 Son Yeon-jae failed to earn a medal on the first day of the Rhythmic Gymnastics World Championships in Kiev, Ukraine, on Wednesday. She finished seventh in the hoop final and the ball final.

Son, who is bidding to become the first Korean to win any medal at the worlds, received 16.658 points in the ball final. She was ahead of Bulgaria’s Katsiaryna Halkina (16.500), but she came short of standing on the podium, which was filled by those with more than 18 points.