EBRD chief sees Korea’s arc as a model for world

EBRD chief sees Korea’s arc as a model for world 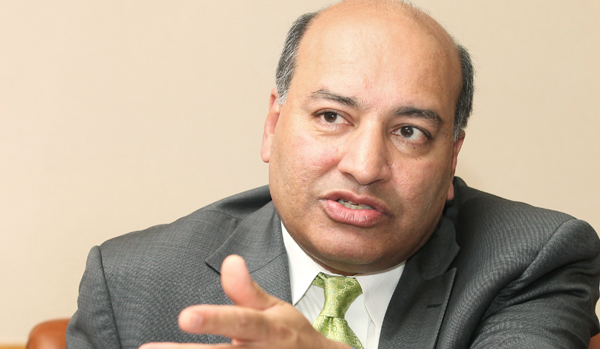 It’s time for Korea to take more of a leadership role in the European Bank for Reconstruction and Development (EBRD), said Sir Suma Chakrabarti, president of the London-based multilateral development bank.

In a recent interview with the Korea JoongAng Daily and the JoongAng Ilbo in Seoul, Chakrabarti urged more Korean investment to flow directly into EBRD funding.

“Korea is one of our most important shareholders,” Chakrabarti said. “It’s one of the founding members of the EBRD. From 1991 when the EBRD was created, Korea was there.”

Chakrabarti noted that Korean companies are increasingly winning bids in EBRD projects, and he believes there will be even more in the future.

“Korea is also really important symbolically because of the lessons it learned on its own,” Chakrabarti said. “What I’ve been saying to the Korean government and colleagues is that we need to showcase more of Korea’s own path - the ups and downs - of the past 40, 50 years.”

It’s been a little more than a year since Chakrabarti was elected the sixth president of the EBRD, which invests in countries in Europe, central Asia and the southern and eastern Mediterranean with an aim to help them become open-market economies.

The 54-year-old, who previously held the permanent secretary position at the British Ministry of Justice, started carrying out his four-year term in July 2012.

Q. What are some areas of cooperation between Korea and the EBRD?

A. I think Korea is one of our more important shareholders. Korea has a seat on the board - it’s one of the 23 countries that have a seat. It already plays a very active role in the EBRD, and it has particular interest in both business and historically in central Asia. Increasingly, we’re seeing Korean businesses winning competitions in EBRD projects and I think we’ll see more of that happening. But Korea is also important symbolically because of the lessons it learned on its own. When we say we’re a transition bank - if you look at our Article 1 - it’s very unusual for any international financial institution to have this article that says that we help those countries that are making the transition to democracy, political pluralism and open-market economies. Which country has the most recent experience in this transition? It’s Korea. What I’ve been saying to the Korean government and Korean colleagues is that we need to showcase Korea’s own path - the ups and downs of the past 40, 50 years. It’s a very important lesson that Korea can share with other countries in which we operate. I’m hoping also for more Korean investment directly into EBRD funding.

In what areas of operation have you focused on since being elected as president?

We try to tackle some difficult issues where we need to make more impact. First of all, we would really be getting started in North Africa: in Morocco, Tunisia, Egypt and Jordan. A second area that has been very important to us has been central Asia, an area really important to Korea, of course. The countries of central Asia are much poorer than some of the other countries we already help. And even when they have a lot of resources, like in Kazakhstan and Mongolia, they still lack the capabilities. There’s a big challenge there in helping them. Thirdly, I would say Turkey is a very important country to us. It’s risen very fast in four years since we started there. We’ve got at least two projects in Turkey with Korean companies for the Eurasia Tunnel project in Istanbul and also the Kirikkale power project.

The other geographical challenge I should mention is the whole question of southeast Europe. This is an area that was hit very badly by the euro zone crisis.

There’s political chaos in Syria. Does that have an impact for the EBRD?

Syria isn’t a member of the EBRD. But Syria has an impact because refugees from Syria flow into Jordan, and Jordan is a member and a country of operations. Over a million refugees from Syria are in Jordan and that is obviously a big drain of resources for Jordan. This makes the urgency of working in Jordan even more important for us. Although we can’t work in Syria because it’s not a member, we try to help Jordan a lot in trying to cope with the situation. So we’re investing not only funds but also staff resources in Jordan for that reason.

What role does the EBRD hold in coping with the economic situation in southeast Europe? Do you think the region is free from the impact of a possible crisis stemming from emerging countries?

It’s impossible to give a clear answer today. The issues are different in different countries. Indonesia and India have been hit quite hard, particularly their currencies. Both have current-account deficits. But then some would argue that Brazil and Mexico have been hit harder because they had more developed financial markets, so when quantitative easing was happening, more investors went into those countries and more investors are now withdrawing.

Southeastern Europe is not hit hard by this issue. It’s hit much more by what happens in the euro zone because their economies are quite small and dominated by their trading and financial links with the euro zone. And they need the euro zone to keep recovering. The euro zone has started to recover, but it will take some time. We say to southeast Europe countries, “We’ll keep investing, but you need to keep reforming.” When the global recovery comes, or the euro zone recovery comes, these countries need to be in a good shape to attract investment, including Korean investment.