Fans of fans have plenty to celebrate at exhibition

Fans of fans have plenty to celebrate at exhibition 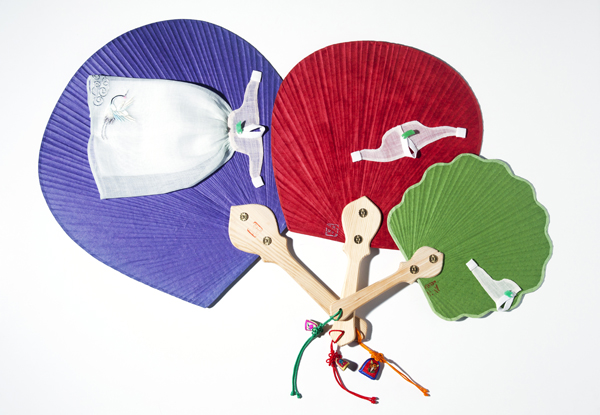 Fans at a show at Shuim Museum. Provided by Jeon Ho-seong

A fan is more than an alternative for an air-conditioner.

It is a piece of artwork made of paper and wood.

That is why in ancient times, it was a craftwork presented to the kings; a present given to foreign dignitaries by kings; or a reward given to government officials by kings.

It was an even more useful item during the Joseon Dynasty (1392-1910), during which elites led the society as they could write on it and draw on it.

There is an exhibition dedicated to fans being held at the Gyeonggi Provincial Museum in Giheung in Yongin, Gyeonggi, about an hour-long drive from Seoul. Titled “The Fan, Spirit of Korea in One Hand,” the exhibition features 187 pieces of fans or accessories of fans.

Historical documents say that the people of Joseon made new fans on Dano, which falls on the fifth day of the fifth month of the lunar calendar. The more wooden frames a fan had, the more valuable it was.

While Joseon aristocrats used fans that folded into a narrow stick, commoners used a round fan. People used them to get shade from the sun; stay dry when raining; chase away flies; and kindle a fire.

“We wanted to shed light on the artistic aspect of the fans, as well as their historical meaning,” the museum said on its Web site.

Observers said the exhibition was notable in that the pieces were made by ramie fabric - a textile that’s been Koreans’ favorite during summer since a long time ago, and that foreign artists also took part in the show.