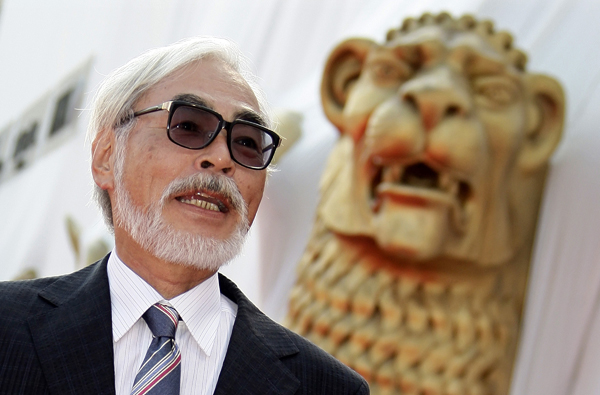 VENICE, Italy - Hayao Miyazaki, the Japanese director known for animated films like the Oscar-winning “Spirited Away,” plans to retire from filmmaking after a five-decade career, his production company said on Sunday at the Venice Film Festival.

“Next week Miyazaki will have a press conference held in Tokyo to announce his withdrawal from active working,” Koji Hoshino, head of Studio Ghibli, which was cofounded by Miyazaki, said at a festival news conference.

Hoshino gave no further explanation for the decision by the director who is sometimes described as the Walt Disney of Japan. “I cannot accept any questions on this because there will be an official press conference on this. He wants to say goodbye to all of you from the bottom of his heart,” Hoshino said.

Miyazaki has made 11 feature films. His latest, called “The Wind Rises” in English, is already a box-office hit in Japan and had its premiere on the Venice Lido on Sunday, although Miyazaki was absent.

Based on the story of the man who designed Japan’s feared Zero fighter plane used in World War II, the film’s themes about the dangers of nationalism and war set up the animator for unprecedented criticism.

Commentators see it as a veiled warning that Japan may again be heading in a similar direction. Miyazaki, 72, emphasized that warning in a scathing essay in mid-July about proposals by Prime Minister Shinzo Abe to revise Japan’s pacifist constitution.

Many of the director’s films have an environmental or feminist slant.

Among his best known films are “Future Boy Conan”, “Nausicaa of the Valley of the Wind” and “The Castle of Cagliostro”. His 1997 film “Princess Mononoke” received the Japanese equivalent of the Oscar for best film and was one of the highest-grossing Japanese films domestically at that time.

His “Spirited Away” won the Academy Award for Best Animated Feature of 2002 and also was a huge hit internationally. Reuters