Many talents chipping in to help Psy

Many talents chipping in to help Psy 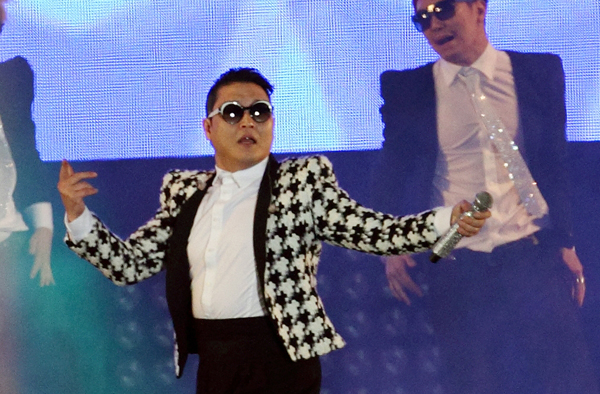 Many international music talents have contributed to make Psy’s next song, said Yang Hyun-suk, chief producer of YG Entertainment on Sunday, as he unveiled some of the details of the “Gangnam Style” star’s new work.

“So many of the big name stars, who no one can ever dream of, have contributed their talents,” said Yang.

“These are the artists who Psy has dreamed of.”

He then said that the song may also be written in the Korean language.

“We don’t know yet if the song is going to be in Korean or in English, but we don’t feel the need to release a song in English,” he said.

As Psy released an EP with only one song, “Gentleman,” in April, he is again considering releasing just one song off his next EP.

“We haven’t decided if the upcoming work will be an EP or a regular album, but generally speaking, the pop scene in the United States has been following the trend to release EPs,” he said.

Composer Yoo Gun-hyung, who previously worked with Psy on “Gangnam Style” and “Gentleman,” is again contributing his talents as he is also staying in the United States with Psy.