Today to Saturday: The German record label ECM (Edition of Contemporary Music) is bringing its five-day music festival to Korea for the first time, with the help of maestro Chung Myung-whun, his second son, Chung Sun, and his son’s wife, Shin Yeah-won. Chung will hold a concert on Saturday with pianist Andras Schiff, oboist Heinz Holliger and the Seoul Philharmonic Orchestra. Chung’s daughter-in-law, Shin, who is a Korean jazz vocalist, will perform tonight at 8 p.m. with guitarist Ralph Towner, pianist Aaron Parks and Jean Louis Matinier on accordion. Chung Sun is the producer of the festival.

Saturday and Sunday: Modern and traditional music meet in Bukchon, the central Seoul neighborhood famous for its hanok, or traditional houses. The festival features 12 programs at 10 locations over two days, including Kunihiko Ryo, a Korean composer and pianist, a collaboration between pansori master Chae Soo-jung and traditional singer Song Eun-ju, the retro funk of Funkafric and the fusion of traditional music and post-rock by Jambinai.

The festival is free.

Saturday and Sunday: The Korean foundation will hold a jazz and tango concert that features Rainbow Choir, which consists of children from multicultural families, the Jeon Jeduk Band and the Koh Sangji Band on Saturday and the Woongsan Project Band on Sunday.

The festival is free. 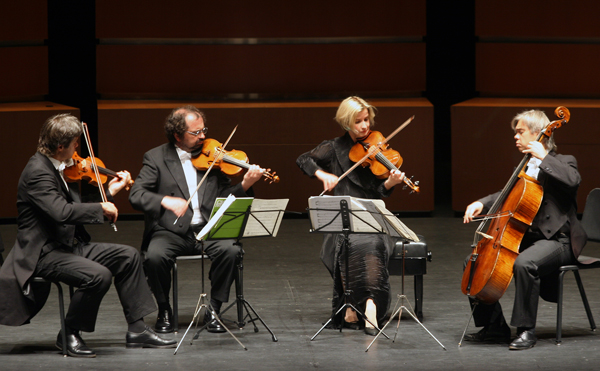 Sept. 27: Hagen Quartett, an Australian string quartet founded in 1981, will be on stage in Seoul for the first time in seven years. The concert will run for two hours. In the concert, “Grosse Fuge” (Op.133) will specially be played as Op.130, as Beethoven first intended. 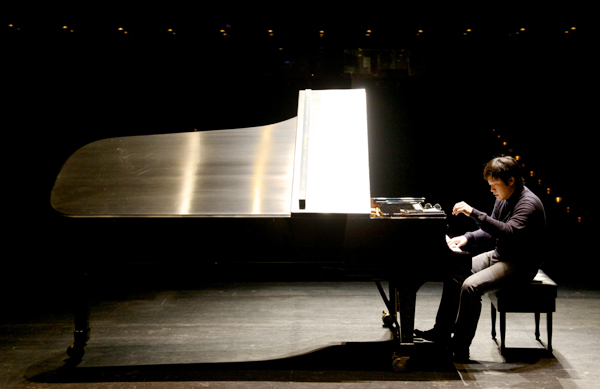 Sept. 14 and Nov. 21: The Beethoven project by 25-year-old pianist Kim Sun-wook will drop its curtain in November. Kim is aiming to complete 32 of Beethoven’s sonatas in two years in eight concerts. Unlike other Beethoven sonata programs, the performances were in published order from No. 1 to 32. Kim will play Beethoven’s sonatas No. 27 to 29 in September and No. 30 through 32, without intermission, in November.

The performance presents a fusion of fantasy and fiction based on the life of Elisabeth von Wittelsbach, empress of Austria and queen of Hungary, from her marriage in 1854 to her murder in 1898.

To Sunday: This musical was created by conductor Frank Wildhorn and director David Swann, famous for the musical “Jekyll & Hyde.” The performance is based on the play and novel by Baroness Emmuska Orczy, set during the French Reign of Terror.

Saturday to Sept. 14: The play tells the uproarious story of a family whose mother, in her dotage, constantly demands absurd things. With an emphasis on filial piety, the play presents folk songs and traditional dances.

The performance starts Tuesdays, Wednesdays and Fridays at 8 p.m., and on Thursdays, Saturdays and Sundays at 3 p.m.

THE HOUSE WITHOUT A KNOCK

From Saturday to Sept. 22: The third show of the “Drama Exhibition” series will present a brand new art experience. “Drama Exhibition,” tried first by Theatre Nori, is a new art form that different genres of arts - choreography, picture, installation art, drama, video and music - connect and communicate in one space. The show is divided into two parts, one in which the audience can go through the exhibition and one for the play. The show is about six girls living in the same house. The play is written by Kim Ae-ran, author of “Pit-a-pat, My Life.” 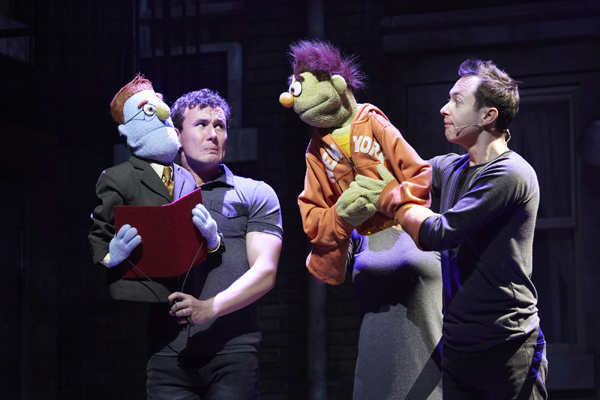 To Oct. 6: The 2003 Broadway musical “Avenue Q,” which is an adult puppet musical written by Robert Lopez and Jeff Marx, is coming to Korea for the first time. The musical, which received the triple crown at the Tony Awards - Best Musical, Best Score and Best Book - in 2004, deals with real-life issues such as youth unemployment, love, homosexuality and pornography. It picks up such issues with a hilarious adult jokes, promising the audience to make them laugh “every three seconds.” The musical, which is performed in English, provides Korean subtitles. The musical is prohibited to those under 15.

To Nov. 10: The Korean production of this comical musical, written by Anthony King and Scott Brown, centers around the life of Johannes Gutenberg, the 15th century inventor of the printing press. The musical is performed as a backer’s audition by two characters, Bud and Doug, and dozens of baseball caps as they present the ostensibly bound-for-Broadway musical.

Sept. 27 to Nov. 17: The world-famous French musical is staged in a Korean version by an ensemble cast including musical diva Bada. Produced by the original creative team of composer Riccardo Cocciante and choreographer Martino Muller, the musical tells the sad story of the hunchback Quasimodo, who loved a gypsy woman called Esmeralda.

The festival starts at 2 p.m.