Sixteen culture experts from around the globe gathered at the 2013 Culture Communication Forum at the Westin Chosun Hotel on Tuesday. Provided by CIC

Culture has been a major tool used by the government in promoting Korea to the world. It has traditional cultural elements and foods like bibimbap (rice mixed with vegetables) and, more recently, modern cultural elements like K-pop.

And those efforts seem to be paying off. A survey conducted by the Corea Image Communication Institute found that most people consider Korea to be “a blend of modern and traditional elements to both foreigners and locals alike.”

Which is why Choi Jung-hwa, president of CICI, made that mix the centerpiece of this year’s Culture Communication Forum, titled “First Mover, Fast Follower.”

Now in its fourth year, the forum once again invited a group of culture experts from around the world to Korea, from Sept. 1 to 3, to experience what the country has to offer, as well as discuss the convergence of tradition and modernity. 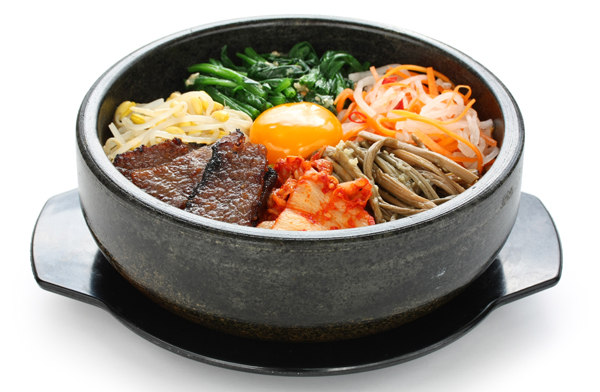 Among the participants were Tian Qinxin, a playwright and director of the National Theater of China, Joachim Sartorius, writer and cultural manager from Berlin, Ludovic Burel, a writer and professor at ESAD Art School in France, Andrew Pettie, the head of arts and entertainment at the Telegraph in the United Kingdom and Park Joong-hoon, a Korean actor and a film director.

Prior to the discussion session, the delegates had many opportunities to experience both traditional and modern Korea, visiting royal palaces, watching performances and visiting contemporary art museums, as well as taking a look inside the Hyundai Card Design Library, considered a great new architectural space and the country’s largest collection of design-related books.

The group also got a taste of Korean cuisine by visiting famous hansik, or traditional Korean food, restaurants.

“I had a wonderful experience for the past two days,” said Lisa Mihardja, CEO of Alleira Batik from Indonesia. “When I first thought of Korean culture, for my age, it’s about history. It’s about looking at beautiful temples and the architectures and the palaces. 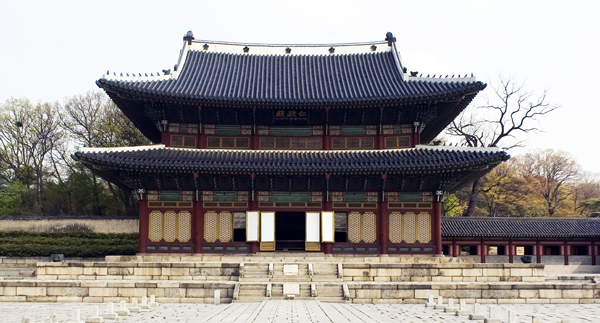 But for my daughter, who is a teenager, she was absorbed into Hallyu, the Korean wave, the K-pop, the drama, the music and ‘Gangnam Style.’

“So, I think Korea is very old in tradition in one way but very modern in the other way. So my experience in the past two days has been like a combination. They go together beautifully. Then the question becomes, how do you introduce it to the world?”

Mihardja related Korea’s attempt at marketing their culture to what she went through at her company.

“Do you know how Indonesians brought ‘batik’ to the world?” she asked. “Because foreigners just thought of batik as just a piece of textile. We had to put a modern touch to it. We were able to introduce it to the world by combining the tradition and the modern.”

Most of the delegates agreed with Mihardja’s comments and insisted that traditions usually naturally converge with the modern.
“I really think that Korea has done a great job in embracing both the tradition and modern,” said James Suckling, a wine and cigar critic from the United States. “It doesn’t really matter whether you are a first mover or fast follower, you just have to follow your own path. 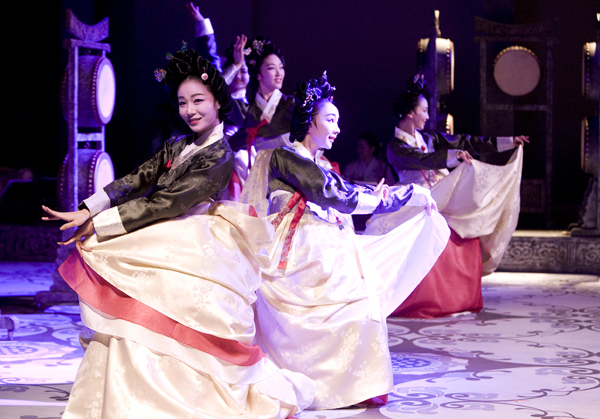 “And it’s an exciting experience to have all that everyday here. For example, yesterday, I thought it was fascinating: we were in one of the design meccas in the world, the Hyundai Card headquarters. I was thinking it’s really the Korea’s Steve Jobs. And then, just afterward, we were at a museum of traditional Korean furniture and [I was thinking] how that furniture relates to Korean history and how it was used. That was a fantastic contrast. Korea’s a country full of contrasts and histories that all seem to work together,”

As the 16 delegates discussed the coexistence of cultural traditions and the modern in their mother tongues, helped by simultaneous interpretations through an earpiece, Choi noted that the setting itself was a symbol of the forum’s activities. Although they were meeting in the modern conference hall of the very modern Westin Chosun Hotel in central Seoul, just outside the venue, through the window, everyone could see Wongudan Altar, the 116-year-old site where King Gojong restarted performing the rite to heaven.

The forum wrapped up that evening with a banquet in the Grand Ballroom of the hotel.