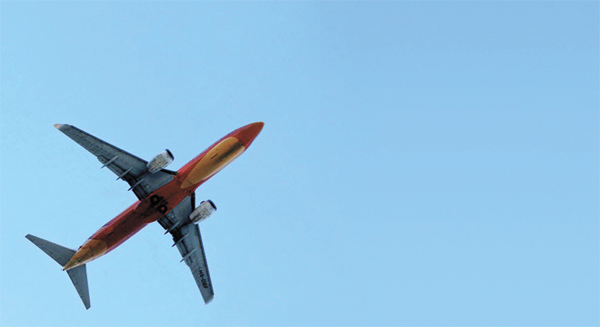 Low-cost carriers (LCCs) have been flying high in Korea with an ever-increasing number of passengers, but their success has been clouded by customer complaints and mechanical maintenance problems.

However, as foreign LCCs grow, so have complaints. According to data from the Korea Consumer Agency, the number of complaints in the first half of the year regarding foreign LCCs jumped 117 percent from a year ago to 26 cases.

While most of them were about refunds and booking problems, safety concerns also are on the rise following the indefinite suspension of the operating license of Zest Air last month by the Civil Aviation Authority of the Philippines.

Experts said all of these problems could lead to fatal accidents. Missing fuel coupling caps could cause fuel to leak and start a fire, while hydraulic system defaults can affect landing gear and other key systems. Flying with too much fuel can affect the balance of the aircraft.

Zest Air had been flying between the Philippines and Korea regularly. After the suspension was confirmed, about 1,000 Korean tourists on Zest Air flights were left stranded.

“In the case of Zest Air, our government should not have allowed the operating permit,” said a Korean LCC executive on the condition of anonymity. “I think the incident was a wake-up call for foreign LCCs.”

Zest Air and Cebu Pacific Air, both based in the Philippines, are not allowed to operate in the United States and Europe because the airlines have been placed in “category 2” by the U.S. Federal Aviation Administration (FAA) and International Civil Aviation Organization (ICAO), an aviation regulatory body under the United Nations. Zest Air is also on the aviation safety blacklist of European Union.

These airlines also can’t operate in Korea under current standards. According to an aviation safety regulation that has been enforced since March 2010, if the airline or its country is on the blacklist of the EU, FAA or ICAO, it can’t be granted permission to operate in Korea. However, the government said Zest Air was exempt because it had been operating here before the regulation took effect.

However, safety issues have been a problem for local LCC passengers, too.

Last month, an Air Busan flight landing in Jeju Airport leaked hydraulic fluid, and the runway was shut down for 30 minutes. In July, Jeju Air had to cancel a flight to Sanya, China, right before its scheduled departure because the carrier failed to get permission from Chinese authorities in time. T’Way Airlines last year was punished by the government for exceeding the maximum weight for cargo on some of its aircraft.

Besides Jin Air and Air Busan, which are run by flag carriers Korean Air Lines and Asiana Airlines, respectively, other local LCCs don’t have their own heavy maintenance facilities in Korea, meaning that they could face problems with timely repairs.

Jeju Air goes to China to use Boeing Shanghai or KLM Airlines of the Netherlands. Eastar Jet flies to China or Singapore to get such repairs, while T’Way Airlines uses facilities in Taiwan and Singapore.

Although size of the company is different, according to Korean Air, it has more than 3,000 repair employees, while local LCCs have 50 to 130 employees working on aircraft maintenance.

There is also bit of concern regarding flight attendant training programs. To apply for the cockpit crew, Korean Air requires at least 1,000 hours of flight time; most LCCs, except for Jin Air, ask for 250 hours. Cockpit crew members on flag carriers undergo training programs for nine to 13 months to be a co-pilot, but for most LCCs they can control steering after four to six months of training.

For the training of cabin crews, whose role was highlighted after the Asiana crash in San Francisco in July, some LCCs outsource the training to other companies, while major airlines have their own training facilities, curriculum and instructors.

And in the event of an accident, the compensation level from LCCs will not be same as from flag carriers. Korean Air, Asiana, and their affiliates Jin Air and Air Busan, all reportedly have insurance coverage of up to $2.25 billion per accident, Jeju Air has $1 billion in coverage and Eastar Jet, T’Way Airlines, Air Asia, Zest Air and Cebu Pacific have $750 million each.