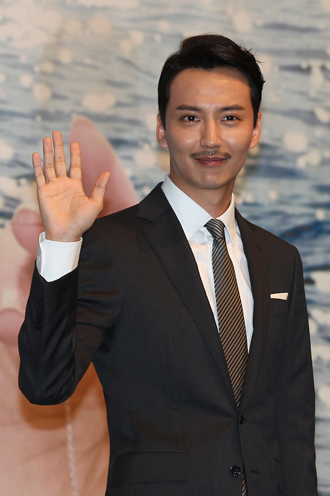 Actor Kim Nam-gil of the KBS drama “Shark” was injured during the filming of his next movie, “Pirates,” his agency, Star J Entertainment, said yesterday.

The agency said he now has contusions over his lower body, including on his legs, thighs and buttocks, from falling down.

“Fortunately, the injury is light and won’t affect his filming for the movie,” said the agency.

“Kim is currently taking a break, but it is expected for him to participate in the filming of the scene he is supposed to be in.”

It’s not the first time the actor was hurt while filming. Last month, he was exhausted from filming the same movie and sought treatment at a hospital. Also, while filming “Shark,” he cracked his ribs during an action scene.

“Pirates,” in which Kim shares a leading role with actress Son Ye-jin, whom he worked with on “Shark,” is expected to have a budget of about 10 billion won ($9.1 million). Its release date in local theaters is not yet known.