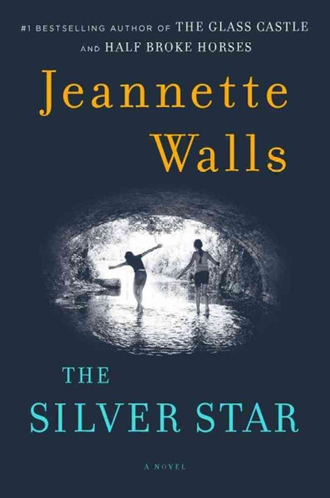 NEW YORK - “The Silver Star,” a new novel by Jeannette Walls, stars two sisters left largely to fend for themselves while their unstable mother pursues a questionable music career.

It’s a scenario Walls knows well, as readers of her best-selling 2005 memoir, “The Glass Castle,” can attest. The book chronicled Walls’ and her siblings’ upbringing by an erratic father and a mother who cared more about painting than parenting.

Since then, the former journalist has turned to fiction, publishing “Half Broke Horses,” based on her grandmother, in 2009. She spoke with Reuters about her new novel.

Q. How much of the plot for “The Silver Star” did you plan before writing?

A. I pretty much knew what was going to happen. It’s not one of those situations where I wondered which direction the characters were going to go. From time to time they did surprise me, but the skeleton was definitely there.

What were some of the themes you wanted to explore?

Why have you moved on to fiction?

I never thought I would write fiction, but I thought I had to write my story, so I wrote “The Glass Castle.” And then people kept asking me about my mother - “Your mother is mentally ill isn’t she?” - I became fascinated by the question, and I did a lot of reading and I was struck by the relationship between insanity and creativity.

I started exploring this whole issue of differences as personified by the sisters, and I couldn’t find a way to discuss these issues that I’ve become rather obsessed with for the last few years, and I thought if you want to write a story about this, you’re going to have to write fiction.

Had you thought of writing a series of memoirs instead?

No. I told my story. I’ve got nothing left to say about me. “The Glass Castle” is really not about me; that’s about mom and dad. I’m not that interesting. I’m not faced with challenges and struggles. I’m just not a serial memoirist. I had that one story I thought needed to be told.

What surprised you about writing a novel versus a memoir?

I guess the similarity between fiction and nonfiction, because I think in both of them what you’re really trying to do is be true, and I think the biggest challenge for me in writing fiction was to make it feel as real as possible. You don’t have to do that in nonfiction. And the kind of fiction I’m drawn to is very close to nonfiction.

So do you agree with Hemingway, that the best early training for a writer is “an unhappy childhood?”

Who am I to disagree with Hemingway? I think it certainly gives you a lot of material to write about, and it gives you real insights into human nature.