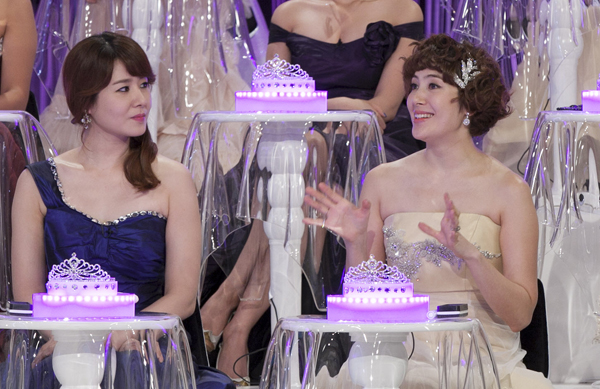 "After the end of the Miss Korea pageant, I weighed over 70 kilograms at one point and I had to be on a diet all the time," she said. She received the highest honor at the pageant back in 1997.

"I was so stressed from being overweight; there were no diet measures I didn't try."

In the end, she decided to get liposuction after failing to lose weight from trying many different weight-watching programs.

"I was sedated with anesthetics, but I still felt aching pain in my thighs, and I just got up shouting that it hurts too much," she said, adding that she didn't know that she was in a clinic with no legal license to practice such surgery.

She said she was the skinniest condition in her life when she was competing in the beauty pageant.

"After that, I was never under 60 kilograms until recently, as I now weigh [little less than 60]," she said.