Song Joong-ki to get one more week of military training

Song Joong-ki to get one more week of military training 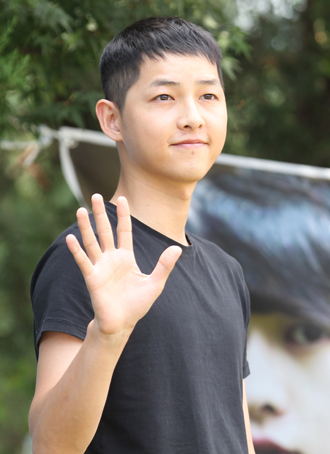 Actor Song Joong-ki of the KBS drama “The Innocent Man” will get six weeks of basic military training rather than the usual five weeks.

The actor, who was enlisted last month in Chuncheon, Gangwon, has been assigned to get the training in Goseong, Gangwon.

A commissioned officer at Lee’s training camp announced that the training will last six weeks due to many national holidays.

“As it is hard to secure enough training hours due to national holidays including Chuseok, the National Foundation Day of Korea, the training is rescheduled to be completed on Oct. 10,” said the commissioned officer. “So, the new trainees will have six weeks of training instead of five.”