Be grateful, chill during Chuseok

Be grateful, chill during Chuseok 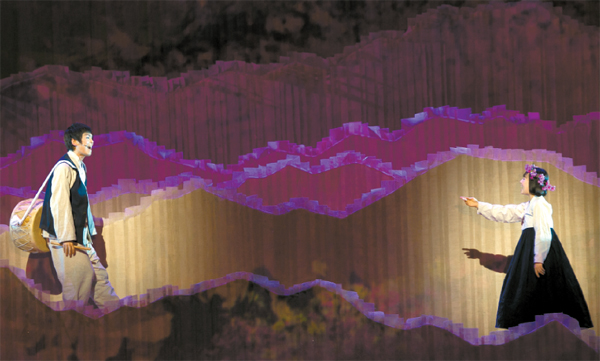 “Seopyonje” is a theatrical adaptation of Im Kwon-taek’s musical film from 1993. Provided by the National Theater of Korea

Chuseok, or Korean thanksgiving, can be one of the loneliest - not to mention most boring - times for foreigners in Korea. With no family to visit, and most shops closed while half the town is out celebrating with loved ones, there is not all that much to do.

But this Chuseok, those who are staying put can find an amusement or two in traditional performances, movies and cultural events throughout the city. The show must go on, and these shows are set to entertain during the holiday.

In its 16th year, “Miso” tells the tale of a boy and girl and the four seasons that accompany their love through dance and song. The show runs from Wednesday to Friday at the Chongdong Theater, in Jung District, central Seoul.

The theater will give out 30 seats per show to immigrant workers who are spending Chuseok away from home, and there is a 30 percent discount for families during September.

Also, “Seopyonje” is set to dazzle fans as part of the “2013-2014 Repertory” series from tomorrow until Sept. 21 at the National Theater of Korea in Jangchung-dong, central Seoul. To jazz things up, the introduction has been altered slightly. There was also some reshuffling of cast members in the “Shim-chung ga” (story of Shim-chung). New lighting, video and design also will be added.

“Seopyonje” adapted by Kim Myung-hwa, is a theatrical take on Im Kwon-taek’s 1993 musical film. It’s about a family of pansori, or traditional singers, trying to get by in the modern world.

Meanwhile, the poetry-fused production “Sleeping Rhyme” will open on the actual day of Chuseok (Thursday) at the Sejong Center for the Performing Arts in Gwanghwamun, central Seoul.

The show combines poetry, lullabies and installation artworks. During Chuseok, there is a 50 percent discount for the show. There will be various spectacles outside the center from the 19th to the 21st.