System traders are on easy street

System traders are on easy street 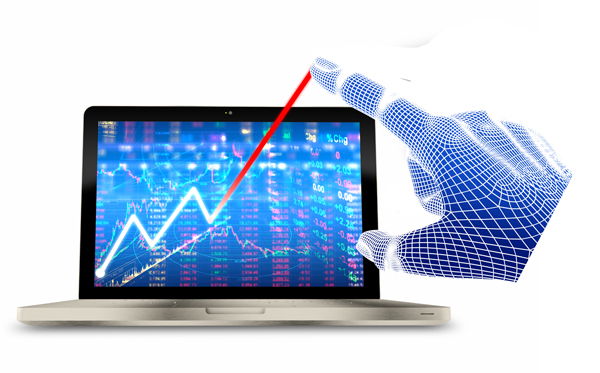 Several months ago, a businessman who wished to be identified only as Park was introduced by his banker to a system where a computer makes stock trades.

Park was advised to make an investment in computerized trading in the derivative market because of the potential for profit even in a weak economy. His banker even showed Park a simulation using data from Kospi 200 Futures trading.

Immediately, Park opened two derivative accounts and signed a contract for system trading. He has 100 million won ($91,930) in each account. 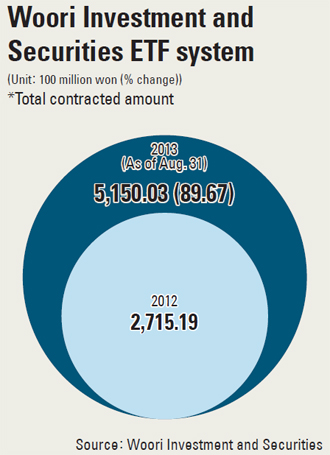 System trading is picking up rapidly among wealthy investors, particularly in the posh Gangnam District.

While it’s getting more difficult to find people who have pocketed large returns from the stock market, which has been flat, system trading has become a popular alternative.

Based on data analysis, computers take care of the entire investment process, from devising strategy to buying and selling, all without factoring in subjective judgments. Many investors claim system trading yields more because it never misses the ideal time to sell, which asset managers sometimes bypass in hopes of a rally when prices fall or a further surge when they climb. The computers also incorporate preliminary factors that influence prices before managers can notice them.

It is already a well-developed method in the U.S. market, where hedge-fund use is quite popular.

System trading is especially popular in the derivatives market, which is more volatile than the stock market but yields returns even in a declining market by quickly shifting between buying and selling.

Statistics show that 67 percent of American futures investors use system trading for seven out of every 10 transactions and that a third of the 30 funds with the highest rates of return use the computerized method exclusively.

The brokerage industry says system trading arrived in Korea in 1996, when the futures market opened, with professionals who had studied at the Chicago Futures Exchange.

Its popularity surged in 2008, when most investors experienced heavy losses due to the global financial crisis.

However, some made big returns by investing in the derivatives market via system trading. The prime examples were two leaders of the system trading firm, Sung Pil-kyu, chairman of PK Investment Advisory and widely known as his online nickname Albastro, and Kwon Jeong-tae, CEO of Force Lab.

System trading shrank as the derivatives market began to contract in March 2012 due to government regulations raising the contract multiplier for Kospi 200 futures.

However, investors started coming back to derivatives and system trading thanks to the stock market’s flat performance.

Returning investors led experts like Sung and Kwon to establish their own firms and eventually become a driving force in the industry. Currently, about 10 investment consulting firms specialize in computerized asset management, with three or four of them managing about 100 billion won ($92.1 million).

“Investors who can’t sell their stocks because of low prices utilize them as deposits and give a shot in the derivative market via system trading,” said Jeong Moon-jae, a manager at HI Investment and Securities.

Some avid investors became independent consultants by writing their own trading programs and offering them online to attract clients.

A brokerage firm employee turned into a system trading expert after quitting his job.

“I acquire most information from online communities where broker-turned-investors like me exchange opinions,” said a brokerage firm employee who became a system trading expert after quitting his job. “I hope to make money by starting managing assets of clients or simply by renting my trading programs.”

He is not the only one who is trying to go solo.

“Program developers visit our office every day asking me to introduce their programs to investors,” said Kim Seong-shin, director of Woori Investment and Securities S&G Center, which is well known for its system trading products.

Computerized trading programs also are popular for Exchange Traded Funds, in which the return rate is set to indexes like the Kospi 200.