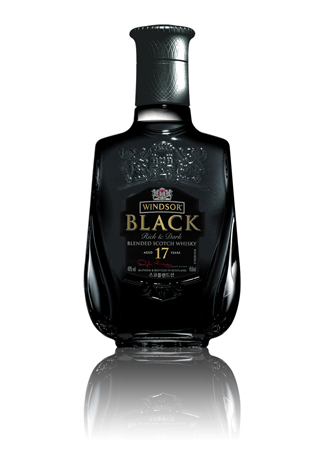 The Korean arm of global liquor company Diageo said it will release Windsor Black to lead the new drinking culture of the so-called “gold misters,” a consumer group that has recently emerged as the main source of whiskey consumption, on Monday.

Windsor Black is a 17-year-old Scotch whiskey that reflects the sentiments of the gold mister group, single men in their 30s who pursue sophisticated style and individuality, according to Diagio Korea.

The trend of enjoying whiskey with friends rather than business partners has been a driver for new growth in the liquor market.

Windsor Black is aged inside of new oak casks to add fruit flavors for softness to the Scotch, rather than in commonly reused oak casks.

“We introduced Windsor Black to strengthen the position of Windsor, the No. 1 Scotch whiskey in the market, in line with the constantly changing demands?of the market, requiring new products tailored to new customers,” said a spokesman for Diageo Korea. “We expect that Windsor Black, which is differentiated concept from existing whiskey products, will lead the new trend and boost the depressed whiskey market.”