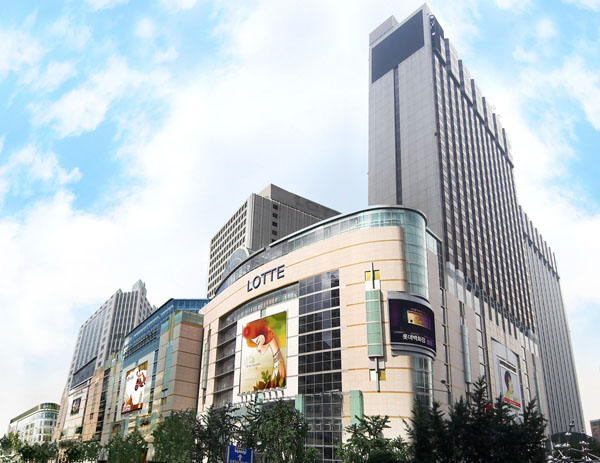 Lotte Shopping, the retail distribution arm of Lotte Group, has been included in the 2013 Dow Jones Sustainability Index (DJSI World) for the fifth year in a row, S&P Dow Jones Indices and RobecoSAM announced last Thursday. The company was also chosen as a supersector leader for a fourth year. Lotte Shopping is the only retailer among the 23 domestic companies included in the DJSI World indices.

DJSI is a global standard for assessing corporate sustainability performance. It evaluates around 2,500 publicly traded companies against economic, environmental and social criteria to select the most sustainability-driven companies across all industries. S&P Dow Jones Indices, the U.S. provider of financial market indices, and RobecoSAM, the investment specialist focusing exclusively on sustainable investing, has been making the announcement every year since 1999.

The DJSI family provides a global, regional and national benchmark, serving as the main reference point for investors making sustainable investments and companies adopting sustainable practices around the world. DJSI World includes the top 10 percent of the 2,500 companies in the S&P Global Broad Market Index.

Lotte Shopping’s fifth inclusion in DJSI World reflects that the company is meeting the global standard for sustainable practices in its business management. Also, the fact that it was selected as a supersector leader in retailing for the fourth year in a row validates its status as a globally recognized retailing company. Supersector leaders are the companies that scored highest in sustainability metrics out of each of the 24 industries, including financial, media and aviation.

Lotte Shopping has incorporated environmental values into its business for the last 10 years. Efforts in building a rooftop ecology park at its department stores in Ilsan, Nowon and Centum City, introducing the Cool Biz campaign for staff and participating in the green store project paid off for Lotte after it acquired ISO14001 certification, an advanced international standard for environmental management.

The company also invests in coexistent cooperation with local traditional markets and actively promotes global CSR in accordance with its status as an international retail company; building Lotte schools in Vietnam and the Lotte Dream Center in Ethiopia, to name a few successful projects.

“Lotte Shopping is now a recognized global standard in terms of corporate sustainability, as it was included in DJSI World for five years in a row, and chosen as a supersector leader for four years in a row,” said Shin Heon, the CEO of Lotte Shopping. “We will continue on our way to becoming the world’s leading retailing company by pursuing environmental, social sustainability.”