Sept. 27: Hagen Quartet, an Australian string quartet founded in 1981, will be on stage in Seoul for the first time in seven years. As part of the all-Beethoven concert, the Quartet Grosse Fuge (Op.133) will be played as the final movement to String Quartet No. 12 (Op.130), as Beethoven first intended.


MAKSIM MRVICA AND HIS BAND

Oct. 26: With a farewell concert in Seoul, Patti Kim is retiring after a 55-year career. This show at Olympic Park wraps up a 50-concert tour all across Korea. Kim began her career as a singer for the U.S. military and was the first person to perform at the Sejong Center as a pop singer. 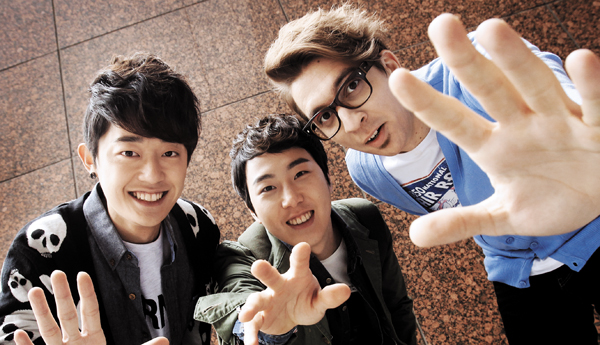 Nov. 1, 2: Rock-pop group Busker Busker comes to Seoul to promote the release of their second album. With the huge and unexpected success of their first album last year, fans are eagerly anticipating their new songs.


THE HOUSE WITHOUT A KNOCK

Saturday, Sunday: The third show of the “Drama Exhibition” series, this performance is a new art form that combines different genres, including choreography, installation art, drama, video and music.

The show is divided into two parts, one for the exhibition and one for the play. The show is about six girls living in the same house and is written by Kim Ae-ran, author of “Pit-a-pat, My Life.”

To Sept. 29: This musical is based on the notorious serial killings that struck London in 1888, combining mystery with a tragic love story. The musical has a stellar cast, featuring Um Ki-joon, Sungmin from Super Junior and Changmin from 2AM.

To Oct. 6: The 2003 Broadway musical “Avenue Q,” an adult puppet musical written by Robert Lopez and Jeff Marx, is coming to Korea for the first time. The musical, which received the triple crown at the 2004 Tony Awards - Best Musical, Best Score and Best Book - deals with real-life issues such as youth unemployment, love, homosexuality and pornography.

Sept. 27 to Nov. 17: The famous French musical is being staged in Korean with a stellar cast, including diva Bada. Produced by the original creative team of composer Riccardo Cocciante and choreographer Martino Muller, the musical tells the story of the hunchback Quasimodo and the woman he loves, Esmeralda. 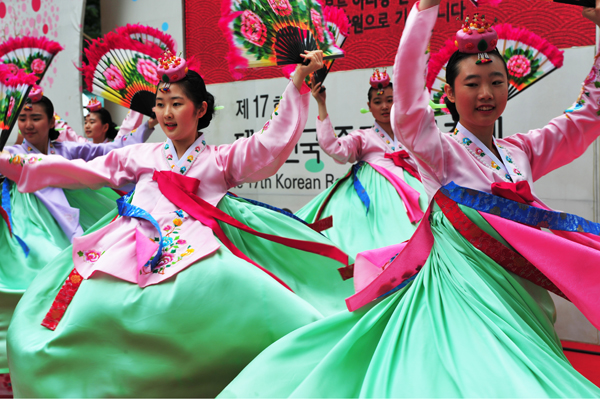 Oct. 11 to 13: The Seoul Arirang Festival celebrates Unesco designating the Korean folk song “Arirang” as an intangible heritage. On the first day, gugak performers will collaborate with the Kim Chang-wan Band, while on the second day DJs will mix “Arirang” and electronic music. The public can participate on the final day. 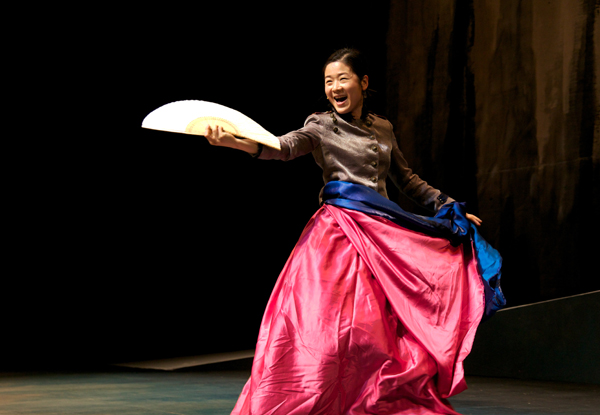 Pansori singer Lee Ja-ram is presenting her signature work “Ukcheok-ga” at the LG Arts Center. See TRADITIONAL PERFORMANCE, below. Provided by the organizer

Lee wrote the script, composed the songs and plays more than 15 characters, each with a different voice and personality.

The performance starts at 7:30 p.m. on the second Friday of each month, except for October when it will be held on the fourth Friday.

Oct. 19 and 20: With five stages all over Olympic Park, the Grand Mint Festival has grown into one of the musical highlights of the year in Seoul. There’s an outdoor stage where audiences can enjoy laid-back tunes while sitting on the lawn and also an indoor club stage. The first announced lineup includes 10cm, Chang Kiha and the Faces, Urban Zakapa, Jaurim and the Flaming Lips.

Nov. 30: “Sensation,” created in Amsterdam, the Netherlands in 2000, returns to Korea with the theme “Wicked Wonderland.” This year, just like last year, guests should follow a strict all-white dress code.