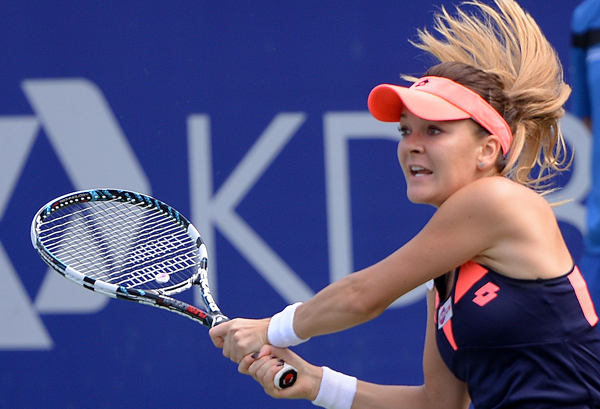 Agnieszka Radwanska returning the ball against Anastasia Pavlyuchenkova during the singles’ final of the KDB Korea Open at Olympic Park Tennis Stadium in Seoul yesterday. [NEWS1]

The Polish star, ranked No. 4, joins other notable winners of the event, such as Caroline Wozniacki in 2012, Venus Williams in 2007 and Maria Sharapova in 2004 winner.

“I am very happy to hold the title, especially considering it was a great match and one that lasted for three hours; especially on this level of tennis,” Radwanska told a post-match press conference. “It was a very close match and tight sets throughout. I think I was a little bet better in the important moments and I played aggressively throughout and pushed to win the last important points that allowed me to succeed.”

Pavlyuchenkova, ranked 32nd, said she was disappointed at losing what she said was a “close match,” but will move on.

“I think it’s a part of tennis. Sometimes I win and sometimes I lose,” she said. “I think I had a great weekend and also I’m proud of myself that I was able to show great tennis today, though I was not in a great condition.”

Two dozen of the world’s top 80 players competed in the 10th edition of the KDB Korea Open, which began as the Hansol Korea Open in 2004. 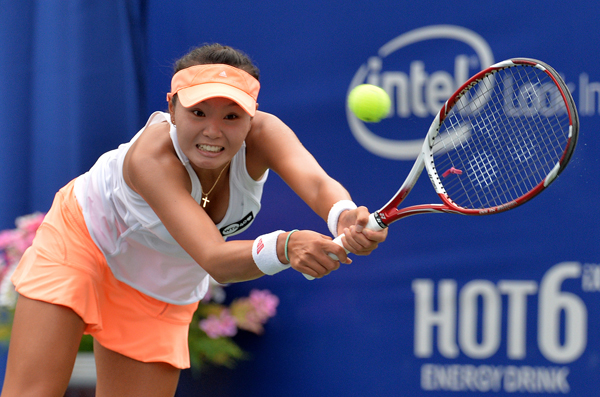 Jang Su-jeong competing against Lara Arruabarrena at the quarterfinals on Friday. [NEWS1]

This year, two Koreans, Jang Su-jeong and Lee Ye-ra, made surprisingly strong runs, getting past the first round. It was the first time a Korean had advanced at the Open.

Jang, a senior at Yangmyung Girls’ High School in Anyang, advanced all the way to the quarterfinals, after beating Ons Jabeur of Tunisia, 1-6, 6-4, 6-1 on Friday. Jang, ranked 540th, upset the seventh-seeded Klara Zakopalova of the Czech Republic in the first round, becoming the first Korean to reach the quarterfinals in any WTA Tour event since Cho Yoon-jeong finished runner-up in the Canberra Open in January 2006.

“I got a lot of confidence here,” Jang said after losing to 113rd-ranked Lara Arruabarrena of Spain 0-6, 4-6 in the quarterfinal on Friday. “In the short run, I will try to lift my ranking to the top 200 and play in a Grand Slam event,” she said.