Some may believe that if you go to contemporary dance performances, you see no story but something that’s too abstract and conceptual for a layman. There’s not much scenery and dancers are often wearing rags or even nothing, instead of beautiful costumes that can be seen in classical ballets. What dancers call “techniques” may seem like just strange steps, and the whole performance could feel as though there’s too much pathos and sufferance.

Since 1998, the Seoul Selection of the International Dance Council (CID-Unesco) has been making efforts to “shatter such perceptions on modern dance” by organizing an annual dance festival that invites worldwide dance troupes, so that the public can “be more exposed to modern dance performances from both local and international dance troupes and have the opportunity to enjoy them.”

“The Seoul International Dance Festival [SIDance] attempts to create opportunities for the public to experience other countries’ culture through modern dance,” said Lee Jong-ho, artistic director of the festival. “The festival is a platform in which artists from across the globe form a collaborative creation. This year, visitors will be able to witness modern dance from various venues across the city, and through such opportunities, the public will be able to enjoy the charm of modern dance, which can be somewhat difficult to understand for the general public, more naturally.”

Marking its 16th anniversary this year, the festival will present 51 works from 16 countries ranging from France, Spain and Finland to Macedonia and Slovenia.

Complexions Contemporary Ballet from the United States, which is the winner of New York Times Critics’ Choice Award, will present its three repertoires, “Moon Over Jupiter,” “Recur” and “Rise.” “Moon Over Jupiter” is said to be the most complicated choreography of the company, while “Recur” will be presented for the first time outside the United States. “Rise” is based on songs by U2, the legendary Irish rock band that has won 22 Grammy Awards. 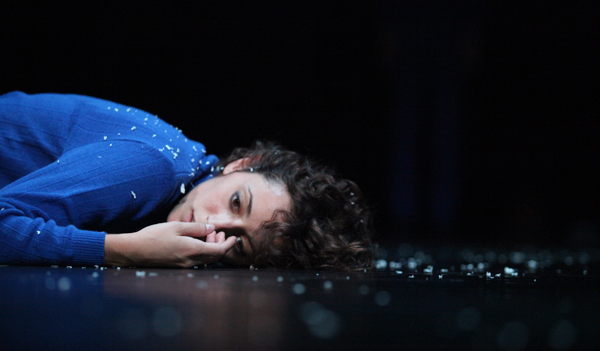 La Veronal from Spain will stage “Shortcuts.” Provided by the organizer

Lee said, “If you can only choose one performance to watch among the 51 works, I’ll recommend the performance of the three repertoires from the Complexions Contemporary Ballet,” adding that its first visit to Korea in 2005 received “great praises from the local audience.”

The performances will be held on Oct. 12 and 13 at the Goyang Aram Nuri Arts Center in Gyeonggi.

Choreographer Heddy Maalem and his dance company of Africans has managed to “mix contemporary dance with the rawness of krump dance,” according to Lee.

“Heddy Maalem spent his childhood in Algeria and he was introduced to krump dance, which is the dance of black Africans, after growing up among violence and separatism,” said Lee. “The piece paints this raw material of krump dance with the elements of contemporary dance. It mixes electronic music and hip-hop to present its dance, which is breathtaking and fatally attractive.”

The performance will be held on Oct. 12 at the Seoul Arts Center.

There are also collaborative performances from Korea and other countries, including “RE: OK… BUT!” with Singapore, “The Last Season of Your Life” with Finland and “J’arrive!” with France.

In an effort to “achieve the popularization of modern dance and challenge the many stereotypes of modern dance,” SIDance has been bringing popular dances such as tango, flamenco and hip-hop onstage to “expand the range of the dance audience.”

This year, “Me-Me” by Dance Theatre Auraco, which is an experimental project for children under 3, will “throw meaningful questions to the country’s dance scene around the issues of expanding the boundary of dance audience,” according to Lee.

“Dancing City” is a site-specific program created by SIDance in 2007 that turns public spaces such as streets, buildings, subway stations, squares, cafes and department stores into performing stages. The performances can be witnessed in those places during the festival.

“Reflecting on the characteristics of many urban spaces - streets, buildings, subway stations, airports, cafes, department stores - the performances will meet and communicate with the citizens through the colorful feast of dance by Korean and international choreographers,” said Lee. “The autumn in Seoul will be more dramatic when common urban spaces turn into spectacular stages through dance.”