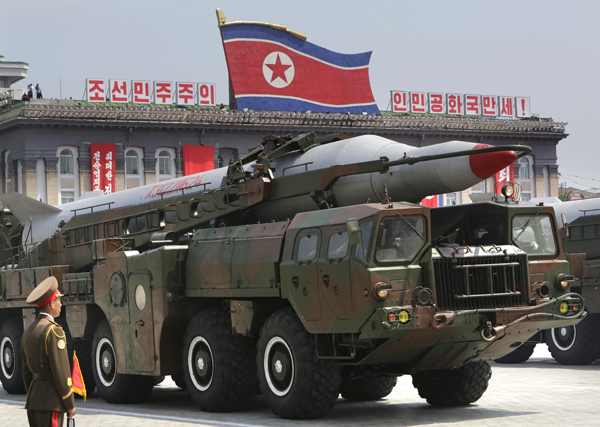 A military parade in Pyongyang on July 27 marked the 60th anniversary of the armistice that ended the 1950-53 Korean War. [REUTERS/NEWS1]

In April, the Daily Mail published an “inside” look at “the true North Korea”: A “lunatic rogue state,” with its “people in near-total mental enslavement,” the feature ranted breathlessly.

Which is why Andrei Lankov’s “The Real North Korea” is such a welcome alternative. Lankov is no apologist for the horrid regime in Pyongyang, but he does have the rare gift of having studied Korean history and politics from the North’s side for many years, as a student at Saint Petersburg State University in the former Soviet Union.

Not only has Lankov lived there, he can count many North Koreans as his friends. He knows firsthand that, far from lunatics and slaves, the people of North Korea are just people, doing their best to deal with a terrible situation.

“The Real North Korea” is an attempt to demystify what most people consider one of the strangest nations on Earth. Lankov addresses its history, politics and people, showing how the country it is today evolved from individual, even rational choices. 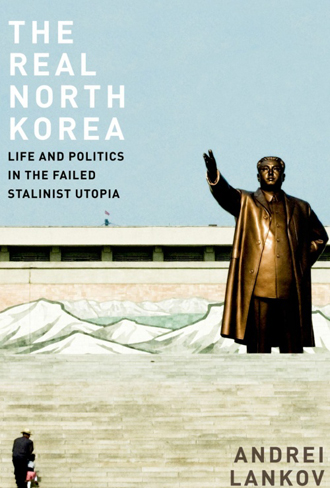 “North Korean rulers do what they are doing not because they are ‘evil’ or driven by some delusionary ideologies, but rather because they sincerely believe that their current policy has no alternatives, and that any other policy choice will bring ruin to them and their families,” he writes.

North Korea has a long history, practically since its birth, of playing neighboring powers off each other for its own gain. In the 1950s and 1960s, it was China and Russia, as “the rival Communist giants were paying North Korea for remaining neutral in their own quarrel.”

It developed differently from Communism in Europe, combining with social and nationalist factors, as in other parts of the region. “Communism in East Asia was widely seen as a shortcut to the national revival and modernity, a way not only to solve social problems but also to leapfrog past stages of backwardness and colonial dependency,” he wrote.

Lankov also shows how the Western world and North Korea’s enemies have consistently rewarded the regime for bad behavior (and punished it for the rare good behavior) over the years. For instance, after the North’s 2006 nuclear test, the United States responded with a call for six-party talks and the resumption of aid in exchange for Pyongyang shutting down its Yongbyon reactor - while that deal may have seemed to make sense from the U.S. point of view, in Pyongyang it was likely seen a payout for its provocations.

Even North Korea’s rare attempts to do the right thing rarely go well, Lankov notes. When Pyongyang admitted in 2002 to kidnapping Japanese citizens in decades past, that only led to trade and other exchanges with Japan being frozen. “Thus, the North Korean leaders were paradoxically punished for their rare attempt to be honest and admit past wrongdoings. No doubt they have learned their lesson…”

As strong as Lankov’s history of North Korea is, his suggestions for its future are depressing. North Korea cannot be ignored, because its survival requires it lash out and be noticed.

Most seriously, the North’s nuclear weapons program “is not an end in itself but rather one of many strategies they use to achieve their overriding goal of regime survival.” Therefore, Lankov concludes, it is “unlikely to ever be reconsidered.”

China is the only country with leverage over the North, but even that option is limited by its very power - it is, he notes, a hammer, not a scalpel, and using it risks breaking the country entirely.

How about a Soviet Union-style collapse? Also unlikely. As Lankov notes, only about 23,000 North Korean refugees defected to South Korea as of 2012 - in contrast, 23,000 East Germans defected to the West every year between 1961 and 1989. However most of those refugees have appeared since 2000, indicating change has been speeding up.

Nor is he hopeful for a China-style change. The North’s leaders don’t want reforms because the division of the Korean Peninsula makes it “political [and, perhaps, physical] suicide.”

Still, Lankov helpfully tries to imagine how the North might change in the future.

“The capitalism in the post-unification North is to be built not by born-again apparatchiks [as was the case in the former Soviet Union], but rather by the resident managers of LG and Samsung, as well as assorted carpetbaggers from Seoul.”

Therefore, it is of vital importance that care is taken to protect the North Korean people from exploitation and other potential dangers after the current regime falls.

With no good solutions at hand for anyone involved, let alone the North Korean people, Lankov puts most of his hope into breaking down the propaganda walls that protect it.

“The only long-term solution, therefore, is to increase internal pressure for a regime transformation, and the major way to achieve this is to increase North Koreans’ awareness of the outside world.”

The Real North Korea: Life and Politics in the Failed Stalinist Utopia