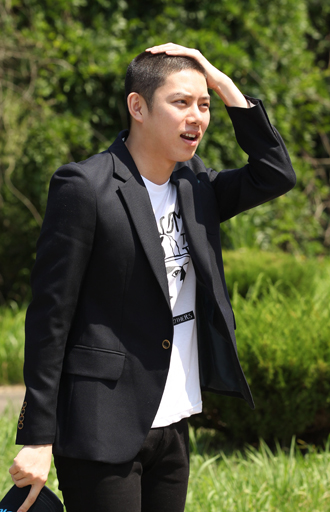 Kim Hee-chul of boy group Super Junior opened up about his past two years working as a civil servant during his mandatory military service in a recent interview with Cosmopolitan while participating in a photo shoot for the fashion magazine.

He said he tried to stay low during his service and didn’t want to become the center of any entertainment buzz.

“It was hard for me because I couldn’t do the things I liked for two years,” said Kim. “Before, I felt burdened when fans grabbed my clothing or hair. But as I was doing this photo shoot, I started to miss the fans who will be waiting at the airport.”

He also said he realized that he needs the attention from his fans to get by.

“During my off time, I thirsted for fans’ care, and then I realized that I’m the type of person who lives on attention,” he said.

He also added that he wants to be in a serious relationship.